BNS EN
aA
Lithuania's near-term economic outlook is positive, but there are doubts if the country will manage to catch up with Western Europe in the longer term, the head of the International Monetary Fund's mission to Lithuania said Vilnius on Monday, underlining the need for structural reforms and, in the education system, for consolidation of institutions and more flexible programs. 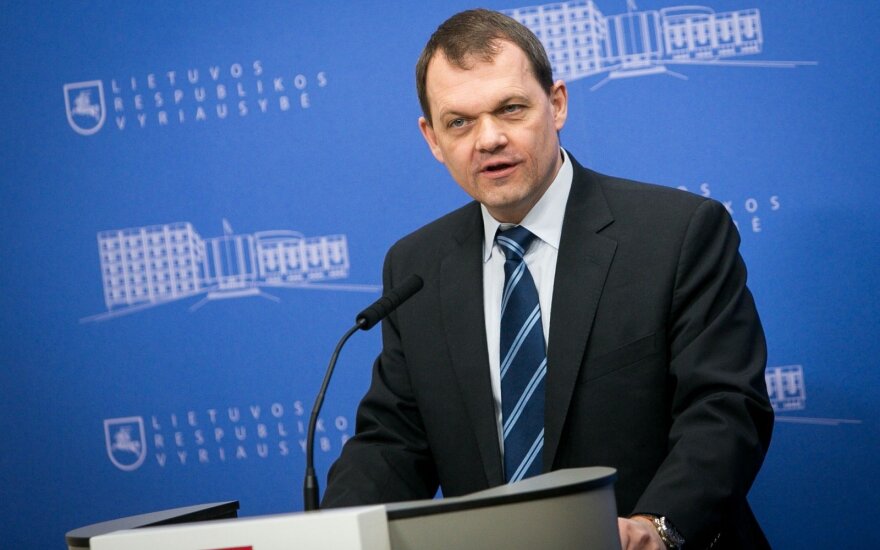 "There is a question mark over the medium and long-term economic prospects. Can Lithuania, in terms of living standards, continue to converge with Western Europe? The failure of Lithuanian productivity levels to catch up in the last three years is a warning sign," Christoph Klingen said at a news conference held to discuss the results of the two-week mission.

"To address this challenge, structural reforms are needed. There is broad consensus about this, but it is now just about picking the most promising areas and above all determined implementation. An education reform would be at the top of our priority list," he said.

According to Klingen, Lithuania should set uniform standards in the education system and have fewer, but higher paid teachers. The sector's management should be given more powers and responsibilities.

The head of the IMF mission also said pointed out the need for a fiscal reform.

"A fiscal structure reform can help to promote growth and to achieve the government's income equality objectives. Our favorite measures in this area include low social security contribution for low earners, more and better active labor programs and more generous unemployment benefits," he said.

After reporters noted that the IMF mission's recommendations this year were similar to last year's and partially matched those of the Organization for Economic Cooperation and Development and the European Commission, Clingen said, "These are difficult reforms. So, you cannot expect to come back in a year and (find that) everything is fixed".

However, he noted some progress, for example, in overhauling labor relations.

Lithuanian Finance Minister Vilius Šapoka said during the same news conference that these were priority reforms of major importance for Lithuania's future.

Lithuania's Government has endorsed a plan to implement recommendations made by the Organization...