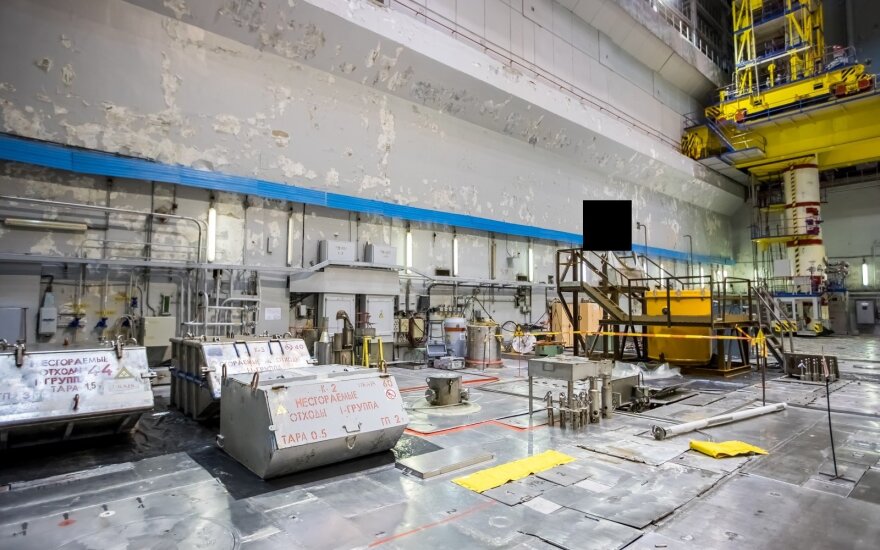 In his words, the process will be burdened by Brexit, however, Lithuania has no plans of giving up.

"Let's be realistic – there will be a big fight for the upcoming seven-year financial perspective. Great Britain's departure will cost us (EU) around 15 billion euros every year, there will be many other things. We, as politicians of Lithuania, will not give up and will do our best to persuade that we are an exceptional country with a huge object, nobody else is closing anything like that," Balčytis, a member of the European Parliament's Committee for Budgetary Control, told a Vilnius news conference on Friday.

He was part of the EP delegation that visited the Ignalina nuclear utility earlier this week and met with politicians and government officials.

"I hope that the politicians who come after us understand it clearly that we, a small country, cannot pay for a project of this size by ourselves. We need to explain that postponement of the decommissioning project and conservation may cost more and threaten citizens of Lithuania and residents of neighboring countries," said Balčytis.

Grassle noted that Lithuania's contribution should be bigger and reach 20 percent instead of the 14 percent earmarked from the national fund for Ignalina closure every year.

According to calculations by Lithuania's Energy Ministry, Ignalina NPP closure will need another 1.3 billion euros, with around 780 million euros envisaged in the EU's financial perspective for 2021-2027. Since 2007, the European Union has already earmarked around 1.3 billion euros for decommissioning of the Lithuanian nuclear utility.

Ingeborga Grassle , the leader of the European Parliament 's (EP) delegation that is wrapping up its...

Approximately 780 million euros will be needed for decommissioning of the Ignalina nuclear power plant...

Vilnius' response to Minsk: No incidents occurred at Ignalina N-plant

Lithuania's Foreign Ministry has stated that no incidents that would be dangerous to the public had...

Foreign Minister Linas Linkevičius says that he was not surprised at Belarus handing a diplomatic...