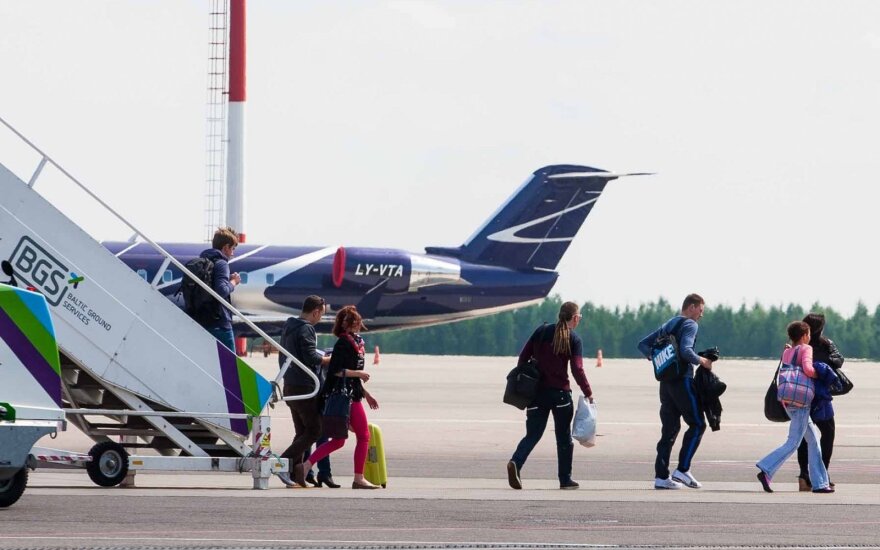 The Route Development Fund, set up by the Lithuanian government last year, is administered by the company Lithuanian Airports (LTOU). It has been conceived as an incentive for airlines to add more routes between Lithuanian airports and destinations in Europe as well as operate more flights on under-served routes.

The new routes and additional flights on existing ones are meant to promote incoming tourism to Lithuania. The original plan saw business companies contributing to the Route Development Fund, but the private sector has not showed much interest yet, Baltrušaitytė said.

Critics say, however, that without investment into promoting Lithuanian tourism the new flights will mostly serve outgoing migrants.

For instance, Wizz Air flights between Palanga Airport and London are expected to service migrant workers from western Lithuania.

"Using budget money to support migrant flights makes no sense. It is all about competition and migrant workers can already fly to London and back. It was better to use the money to add destinations that have not been served before," Žydrė Gavelienė, president of the Lithuanian Chamber of Tourism, told lrytas.lt.

"It is great that the fund is finally there, but we should use the money to bring foreign tourists to Lithuania. I very much doubt that Brits will be coming for holidays in Palanga with Wizz Air."

Ryanair to offer flights between London and Palanga

Wizz Air , the largest low-cost airline in Central and Eastern Europe, today announced it will add...

Wizz Air expands its base in Vilnius