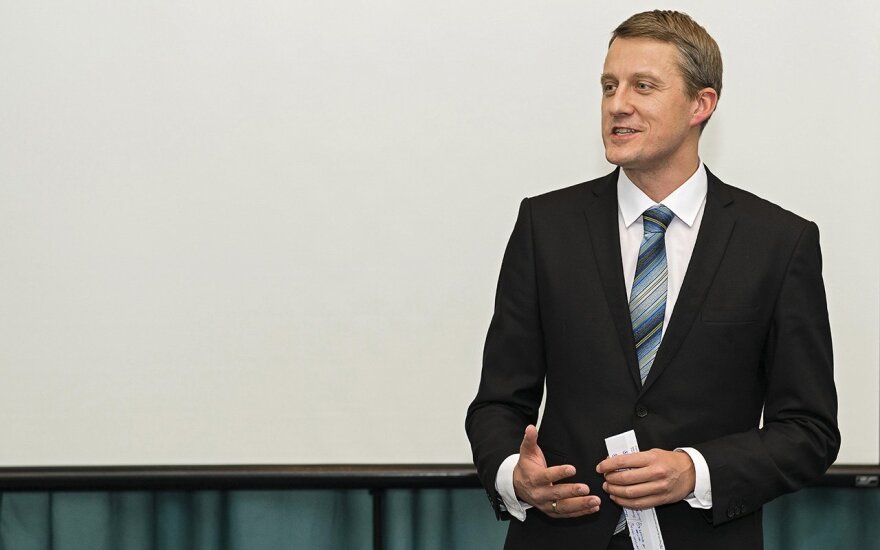 Vaičiūnas presented potential export opportunities offered by Lithuania's LNG terminal as a gateway to the region's market during his visit to the US last week.

"We had a lot of meetings, with about 10 companies. Basically, these are the largest ones with the greatest potential for gas supply (...) I think that, in the near future, we can expect certain agreements by our companies. I mean both Lietuvos Dujų Tiekimas and Klaipėdos Nafta. (. ..) I think it will happen this year," he told BNS after the visit.

The minister said that new contracts are expected to be signed with new companies that are not yet supplying gas to Europe, but he declined to name them.

"With new (suppliers). Currently, (US gas) supplies are only being carried out from the Sabine Pass terminal. Some 10-12 new terminals are to be opened starting in 2019 to 2024 and our meetings took place with these companies that will operate these terminals," he said.

Vaiciunas said that Lithuania could cooperate with US suppliers jointly with Latvia and Estonia, and jointly with Poland after Gas Interconnector Poland-Lithuania (GIPL) has been built.

A total of 15 LNG cargoes were delivered to the Klaipeda LNG terminal last year.

The Federal Energy Regulatory Commission has approved at least ten LNG terminal projects that are being developed in the US by Cheniere Energy, Dominion Energy, Exxon Mobil, Sempra Energy, Freeport LNG and other companies.

What a difference one ship makes in combination with shifts in production in less than 3 years. It...