Lithuania decides to buy out its LNG terminal

Justina Ilkevičiūtė
Parašyti
autoriui
aA
The Klaipėda liquefied natural gas floating storage and regasification unit (FSRU) terminal should be bought out by the end of 2024, members of Seimas voted today. 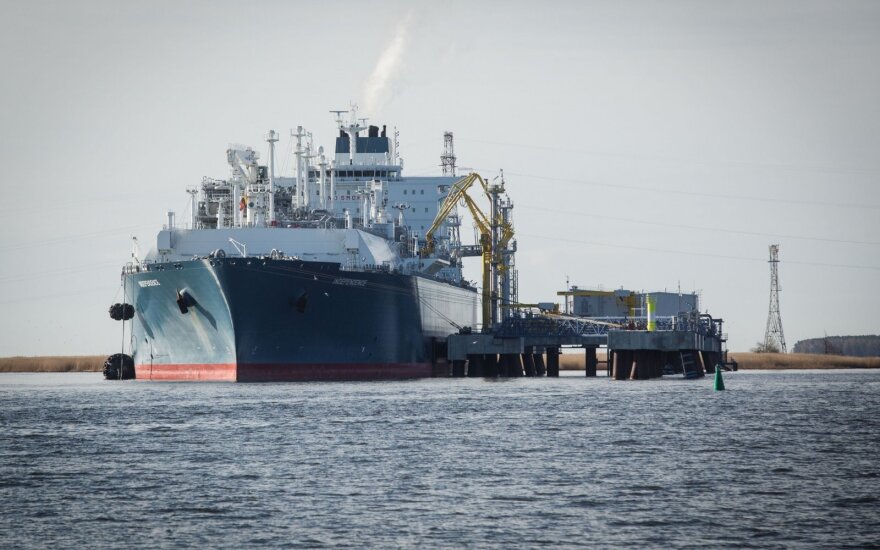 The legislative amendments were supported by 99 MPs, with one voting against and 17 abstaining for a total of 117 MPs voting.

Earlier, talks were held regarding continued renting of the FSRU because Lithuania's contract with the terminal leaser, Norway's Hoegh LNG expires in 2024.

The lease contract provides for an opportunity to buy out the FSRU ship for a specified sum or extend the lease contract. The annual operating and lease costs for the terminal are around 66 million euro, with an added 20-30 million euro per year in the LNG terminal's supply costs.

Despite the voting to purchase the LNG terminal, a number of politicians had negative remarks to A. Kubilius, under whose cabinet the deal was initially signed. A. Skardžius berated the former prime minister, stating that the country could ill afford the total of 1.4 billion euro costs incurred over a thirty year period. Meanwhile, E. Gentvilas noted that he would like to thank A. Kubilius for this decision having been made, however the politician also added that the decision should have been made closer to 2024, given the trend of declining gas usage in Lithuania.

One of the core arguments in favour of making the purchase as compared to continuing the lease is that this would reduce operating costs from 66 million euro to 43 million already from next year, also reducing costs by 6 million euro for the Jonava based fertiliser factory Achema, which is the largest LNG consumer in Lithuania and pays a quarter of the operating costs.

The costs are to be optimally distributed by the end of 2044, according to BNS. To make the purchase, the Lithuanian government's Klaipėdos Nafta will have to borrow 308 million euro, for which it will be provided a government guarantee.

The Lithuanian government approved on Wednesday the legislation, opening doors for the buyout of the...

Discussions in the European Union on further opening up its market to American liquefied natural gas...

After 2024 “Independence” may sail away from Lithuania