the Lithuania Tribune
aA
A study presented at the Ministry of Energy on Thursday outlines possibilities how Lithuania could respond to the construction of the Astravyets Nuclear Power Plant in Belarus. 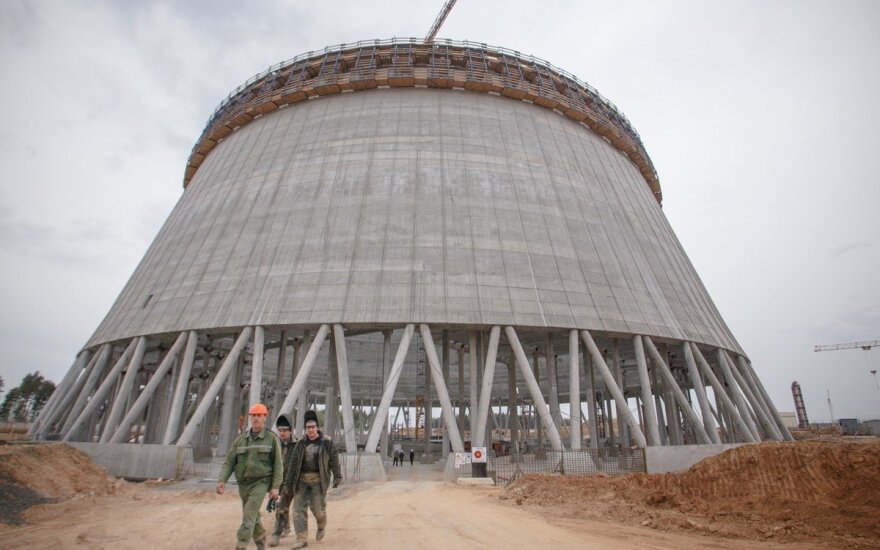 Belarus is building a new nuclear facility in Astravyets, by the Lithuanian border and just 50km from the capital Vilnius, and is planning to launch it in 2018.

Lithuania has consistently protested against the project, saying Belarus has not performed proper environmental impact assessment studies and failed to reassure its neighbours that the facility would be safe.

The Ministry of Energy has asked Litgrid, Lithuania's electricity network operator, to conduct a study of the possible measures Lithuania could use to pressure Belarus into sticking to international agreements or, if that fails, undermine the project's economic viability.

The study was carried out by scientists of Kaunas University of Technology who outlined five options for Lithuania, vz.lt reports.

Four of the five options envisage shutting down, to varying degrees, power connections between Lithuania and Belarus and are tangential on the Baltic states disconnecting from the so-called BRELL ring and syncrhonizing their power networks with Western Europe.

The endeavour would be a long and costly one and would not be finished before the Atravyets facility went online.

Moreover, without the full Baltic synchronization with the Western European power grid, physically limiting electricity flows from Belarus would endanger the security of power supply.

Option five involves a commercial embargo on electricity produced in the plant. The advantage of this option is that it would not require any infrastructural investment and could be implemented at a day's notice.

The catch of option five is that it needs to be sorted out in terms of international law.

"Each of the alternatives needs to be coordinated to conditions for synchronization. Unless that is done, deciding which one to use will be difficult," says Professor Saulius Gudžius who headed the scientists' group.

He also says that there is very little Lithuania can do alone, without the cooperation with Latvia and Estonia.

Developers of the Astravyets Nuclear Power Plant in Belarus say they will perform stress tests on...