BNS EN
aA
Lithuania and another 11 European countries have called on the European Commission to make efforts to reach a free trade deal with the United States. 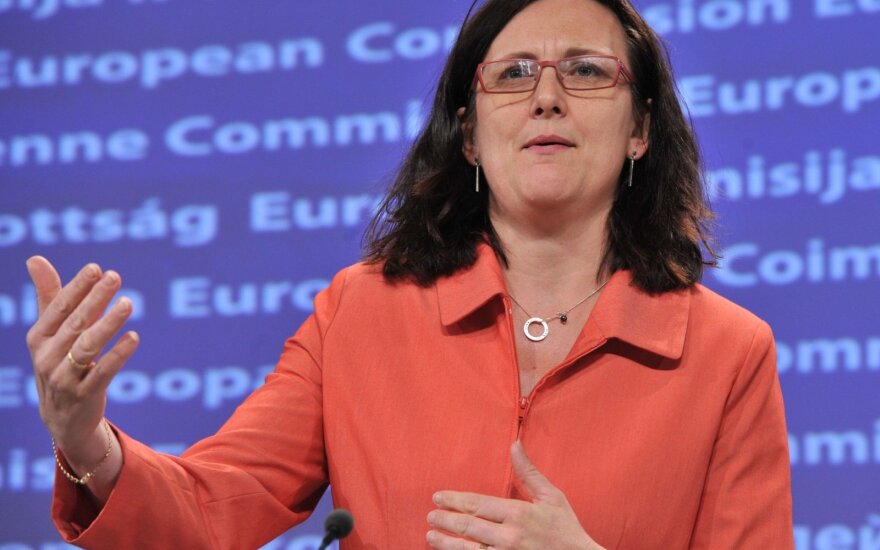 The statement by 12 EU ministers can be regarded as a response to calls from the French government and other critics for an end to the negotiations which have been going on for three years.

The Baltic, Nordic, British, Irish, Italian, Spanish, Portuguese and Czech ministers described the Transatlantic Trade and Investment Partnership (TTIP) as "an opportunity to shape the rules of trade in the 21st century."

"We should fully seize it together with our American partners," they said in a letter to EU Trade Commissioner Cecilia Malmstrom a copy of which has been obtained by BNS.

"The Commission has been working hard to take these negotiations forward, inform stakeholders and consult with Member States. The TTIP negotiations have made progress, given the large scope and high level of ambition of the agreement. However, outstanding issues remain and we should focus our attention on finding solutions," they said.

The ministers reiterated their "commitment and support given to the Commission in the negotiations."

"We look forward to the continuation of the TTIP negotiations with the US and to working closely with the Commission in the coming months," they said.

The United States' trade policy and possible negotiations on a free trade agreement with the European...