BNS
aA
Lithuania and other Eastern European countries are considering to jointly turn to the Court of Justice of the European Union over plans to require haulers to return their trucks to the country of their registration every eight weeks, representatives of the Lithuanian government have confirmed. 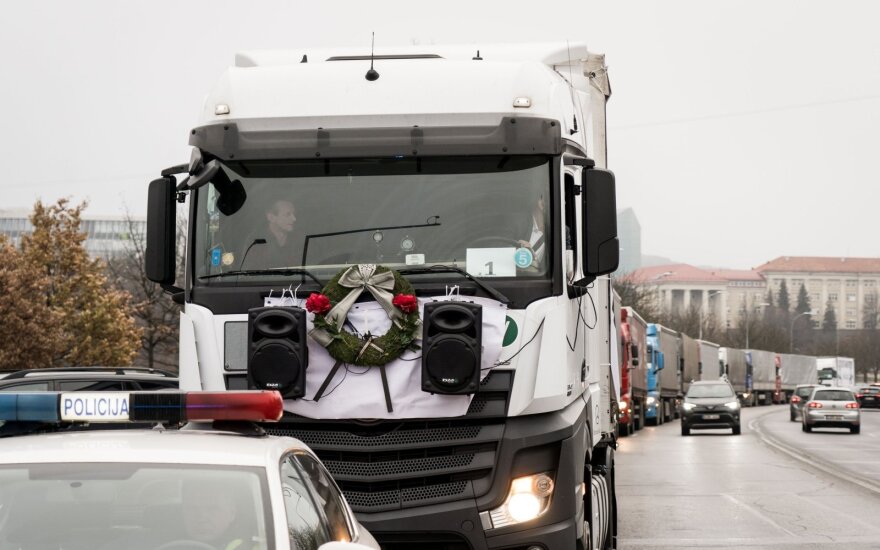 Transport Minister Jaroslav Narkevic has confirmed it to BNS that preparatory work is underway to lodge a possible complaint.

"We are not only seriously considering this option but have already started preparatory work and we are looking into the scope of our complaint," the minister said in a comment sent to BNS. "I believe that the court's clarification will help not only to defend the interests of Lithuania and our haulers. It will also be beneficial for the whole of Europe as the provisions of the Mobility Package not only violate the principles of the common market but also run against the major environmental ambition."

Reuters news agency was the first to report about the Eastern European initiative last week.

The majority of member states backed the Mobility Package, which will introduce restrictions on hauler companies' activity, in December. A vote is still due in the European Parliament.

According to BNS sources in the European Parliament, the vote date has not been set yet and it should take place "not earlier than May".

Simonas Satunas, a deputy of Lithuania's permanent representative to the EU, says the final decision on turning to the court will probably be made after the EU vote.

"Yes, there are active discussions on that in Brussels. The final collective decisions will probably be made after the European Parliament finally adopts this package," he said.

BNS sources say another eight countries, besides Lithuania, are also against the new rules and they include Latvia, Estonia, Poland, Romania, Bulgaria, Hungary, Cyprus and Malta. The number, however, is insufficient to block the decision.

Businessmen and governments of Lithuania and other peripheral countries say Western European haulers want to push them out of the market with the tightened rules. Critics say the mandatory return of truck will increase road pollution and impede fight against climate change.

The initiators of the new rules, however, say the mandatory return of truck will help to fight against the registration of fake hauler companies when businesses are registered in one country to reduce costs and activity is done elsewhere.

Western Europeans say the new rules are aimed at preventing unfair competition with cheap labor force from Eastern Europe and smaller taxes, and it will also improve employee's situation.

Once the new rules come into force, member states will have 18 months to transpose it into national law.

The European Commission should also carry out an environmental impact assessment.

"We are grateful to the European Commission for hearing our concerns as it promised in December to assess the impact of the requirement to return truck on the functioning of the EU internal market. We hope for an in-depth assessment process and we are ready to provide necessary information for this investigation," Satunas said.