BNS
aA
Algis Latakas, former production director at Klaipedos Juru Kroviniu Kompanija (Klaipeda Stevedoring Company, or Klasco), the largest freight operator in the port of Klaipeda, has won the competition for the post of CEO at the Klaipeda State Seaport Authority. 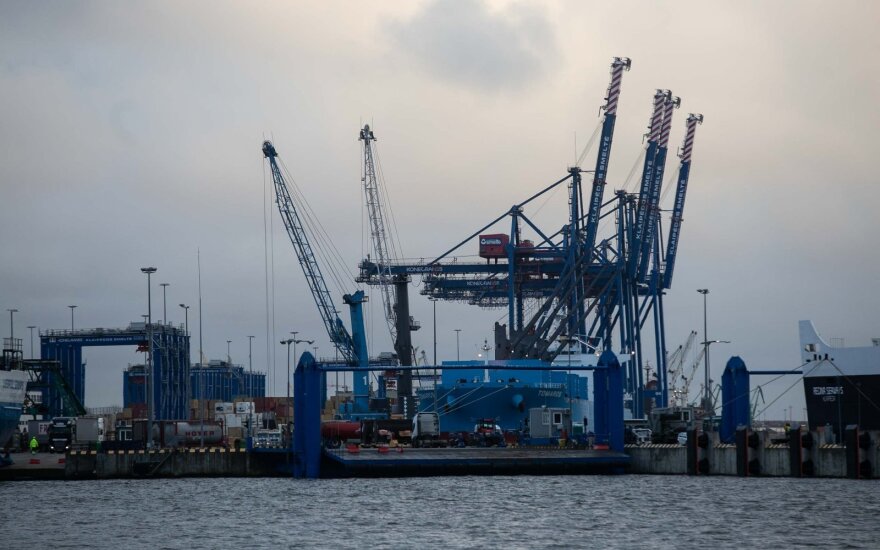 Latakas, who had worked in the port for nearly two decades, confirmed the news to BNS. The result of the competition was also reported by the Transport Ministry.

Latakas, who is now working for business consultancy Averditum, beat 12 other contestants, including Vidmantas Paukste, the port's director of infrastructure, who has been serving as its acting CEO.

Latakas should be appointed as CEO of the port’s authority after vetting clearance by law and order institutions.

A week ago, Latakas told BNS that he had the necessary experience to head the port’s authority after working for approximately 18 years at the port.

Latakas and Arvydas Vaitkus, the former CEO of the port’s authority, ran in last year’s municipal elections in Klaipeda on the Farmers and Greens' ticket, but Latakas had not been elected.

He told BNS last week that he was not a friend of Vaitkus and not a member of the ruling Farmers and Greens Union.

The port has had no permanent director since the firing of Vaitkus in March 2019 by Rokas Masiulis, the then transport minister, who doubted whether the director could remain unbiased toward enterprises that had supported him in last year's municipal elections.

The Chief Official Ethics Commission and, later, the court ruled that Vaitkus had breached the law by failing to declare interests.

Vaitkus contested his dismissal in courts, saying he was sacked for political reasons. However, his appeals were dismissed.

A court of first instance will have to hear again a complaint by Biriu Kroviniu Terminalas (BKT), a...