BNS
aA
German car parts giant Continental on Friday launched the construction of a new plant, worth 95 million euros, in Lithuania's second-largest city of Kaunas's free economic zone, in a largest investment in the country in 20 years. 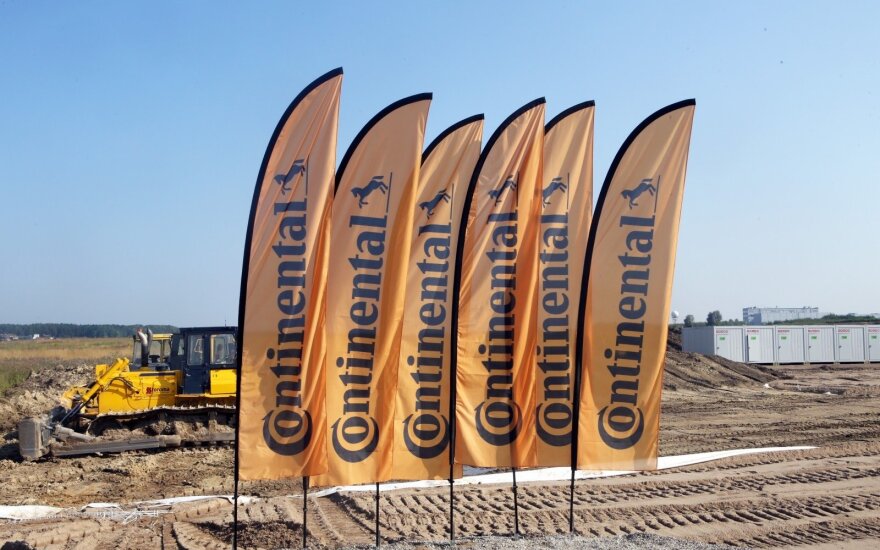 Electronic devices will be produced at the new plant, and its manager promises to create 1,000 jobs over the next five years. The facility is set to come online in August, 2019.

"Today is a very important day for Lithuania – for the whole of Lithuania, not only the Kaunas region – as we are not only receiving a German investment but also starting very innovative production," Lithuanian President Dalia Grybauskaite said during the launch ceremony. "It will create jobs, and not simple jobs but jobs with a high added value."

"We are planning to employ up to one 1,000 employees in the next five years. It will be majority locals, for sure," the new facility's managing director Shayan Ali told journalists.

Mantas Katinas, head of investment-promoting agency Investuok Lietuvoje (Invest Lithuania), says Continental might double the scope of its activity in Lithuania in the future, if the investment is successful and the company has plenty of engineers.

Good business environment and the preparation of engineers at Kaunas University of Technology helped to attract the german company, Katinas believes.

During the ceremony, the Lithuanian president, economy minister and representatives of Continental signed an e-document wishing success for the new plant. The document was transferred to an USB memory stick which was buried in a capsule.

German car parts giant Continental is launching on Friday the construction of a new plant, worth 95...

Virginijus Sinkevičius: ‘Lithuania and Ukraine need to more actively cooperate in the field of technology’

According to Minister of Economy Virginijus Sinkevičius , chairing the 18th meeting of the...

Vilius Šapoka, the Minister of Finance: the capital markets union is beneficial for all countries of the European Union

Today 8 countries of the EU have expressed united position on creation of the single capital markets...

Lithuania and another seven Northern European countries are urging the European Union to take more...