Klaipėda LNG Terminal one year on – independence or responsibility?

(6)
Sabina Karmazinaitė, LT Daily
aA
On 27 October 2014, the port of Klaipėda on the sea coast of Lithuania was crowded with people and heads of the Baltic States. The day marked a new era in the energy security sector for Lithuania, Latvia and Estonia, as an LNG ship called “Independence” was met with Lithuanian flags waving high. Even higher were the expectations of this floating LNG terminal which at the time analysts called “a game changer” in the Baltic gas sector. However, one year on, Lithuanian government is struggling to find ways to lower the FSRU costs and expand their gas market – “Independence” has become an expensive burden. 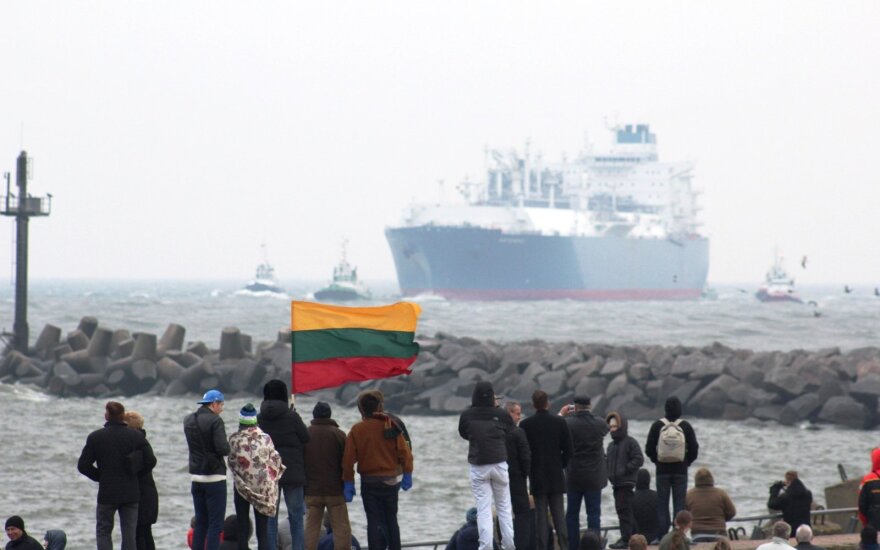 Greeting Independence in Klaipėda one year ago
© DELFI

The launch of the first LNG terminal in the Baltic states in December 2014 was surrounded by much enthusiasm – it was a geopolitical plan for the whole region. “Independence” terminated Lithuania's 100-percent dependency on Russian gas which had lasted for decades. President Dalia Grybauskaitė stressed at the terminal’s opening ceremony that “This is a strategic geopolitical project that may decide the future of the whole region” and that with the operating terminal Lithuania “will become an energy-security guarantor” in the Baltic states.

Indeed, Klaipėda LNG terminal has helped Lithuania to escape an “energy island” destiny and brought both security and competition in the gas sector in its first year of operation. Diversification of gas supplies is a key factor of energy security, thus the 0.5 billion cubic meters of gas expected to be regasified in the first year of the Klaipėda terminal's operation has made Lithuania less dependent on a single dominant supplier, Russia's Gazprom. Although this volume that has reached consumers via “Independence” in 2015 so far makes only one fifth of total gas consumption in Lithuania, the terminal is able to meet the country's demand 100 percent, and Latvia’s and Estonia’s national demand 90 percent in the future. What is more, alternative gas supplies also made Lithuania much less vulnerable to any unexpected and politically or economically motivated gas halt or a jump in a gas price from Moscow. Therefore Russia is no longer able to turn off the gas tap and expect concessions – the launch of the Klaipėda LNG terminal wrested this “energy weapon” out of Moscow’s hands.

Besides the key expectations of energy security and diversification of supplies, Lithuanian consumers as well as politicians have also hoped for lower gas prices. In 2013, Lithuanian residents and companies were paying one of the highest prices for wholesale gas in the EU. However, several months after “Independence” had sailed into the Klaipėda port, Lithuanians were paying almost 19 percent less than a year before. This significant drop in the gas price (the biggest in the EU at that time) was a result of the new gas deal between Vilnius and Gazprom back in May 2014, when the Russian gas company cut the price by 20 percent partly in anticipation of Lithuania's future LNG terminal. So the terminal had helped knock down the gas price even before its actual launch. It can be expected to provide the same leverage in late 2015, when Lithuania will be negotiating a new gas deal with Gazprom. 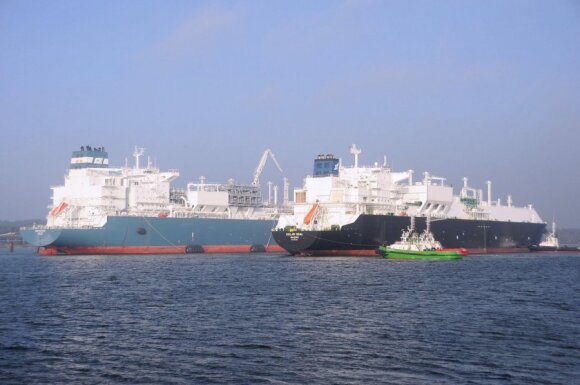 At the moment the gas price from the LNG terminal (32,82 EUR/MWh) is much higher than Lithuania pays to Gazprom (around 17-18 EUR/MWh). Therefore although the terminal is an energy security guarantee, in terms of its commercial viability earlier expectations have so far not been satisfied. On the other hand, the fact that the price of gas from the Klaipėda terminal is calculated according to the UK’s National Balancing Point (UK NBP) index ensures that it is conditions in the global market rather than moods of Gazprom that will decide how much Lithuanians will pay for gas. Bearing in mind that NBP spot prices fall if gas supplies grow, the rising LNG imports in the European market and the US shale gas revolution are likely to knock the price down.

Another important factor for the price of the gas is the costs of the terminal's upkeep. Under the 10-year lease agreement with Norway’s Höegh LNG, Klaipėdos Nafta, the operator of “Independence”, has to pay around 61 million euro per year. At the moment these costs are included into a natural gas supply security charge added to the price of natural gas and paid by Lithuanian heat producers. Since summer 2015, the Lithuanian government has been considering different models how to distribute the LNG facility’s maintenance costs. In mid-November, the Lithuanian Parliament should again discuss a proposed Natural Gas Capacity Model (NGCM), which redistributes the LNG terminal costs among all gas consumers.

Attractive gas prices from the Klaipėda LNG terminal is important not only for Lithuanian consumers but also vital for prospects to export gas. For the first time in the country’s history, Lithuania is not only importing gas, but is also able to sell it. In order to be able to export gas from the Klaipėda LNG terminal, Lithuania needs several things. First, it needs operational infrastructure, second, regional cooperation agreements, and third, expertise in the business of selling energy. All these elements are on their way, but it will still be some time before they are effective.

In comparison to 2014, this year has brought some good news regarding the existing gas infrastructure in the Baltic states: in the beginning of October, a new gas pipeline was launched between Klaipėda and Kuršėnai, which essentially enables gas transportation from Lithuania's LNG terminal to Latvia and Estonia. In the same month, the President of the European Commission, Jean-Claude Juncker, welcomed the signing of the grant agreement on the GIPL (Gas Interconnector Poland–Lithuania) enabling gas exports to Poland after 2020.

However, another regional pipeline connection between Estonia and Finland – the Balticconnector – is looking at an uncertain future after the Finnish gas transmission network operator Gasum has recently resigned from the project. The Baltic region is therefore still not integrated enough to allow successful access for the Klaipėda LNG terminal.

Moreover, if the Lithuanian terminal has ambitious to become a regional hub, infrastructure is not enough. The Baltic countries still have different gas market conditions and need more multilateral talks and agreements. Although Latvia already expressed interest in buying gas from the Klaipėda terminal, Riga will liberalize its gas market from the control of Gazprom only in 2017, so Lithuanian gas will have to wait before it can enter the Latvian market. On the other hand, it is the presence of the terminal that is pushing Latvia to liberalize is gas market, as Vilnius has started searching for potential gas buyers and signed a memorandum with Riga concerning cooperation in diversification of natural gas supply. Estonia has been buying gas from the Klaipėda LNG terminal since December 2014, via Latvia's underground storage at Inčukalns, but has also announced plans to build its own LNG terminal to be launched in 2019.

Therefore it is still uncertain what to do with surplus gas from the Klaipėda terminal. In 2014, there were plans to use the LNG from Klaipėda as fuel for ships (so-called bunkering) or to serve smaller terminals. The question is even more pressing in the light of a recently opened LNG terminal in Poland which will compete with the Lithuanian one in the regional market. What is more, due to growing renewable energy use, gas consumption and its share in national energy balances are decreasing significantly in all the three Baltic states. According to statistics, in Lithuania alone gas consumption fell almost 20 percent over the last five years. This puts even more pressure on finding export markets for gas from the Klaipėda terminal and the skills of Lithuanians to play in the energy market. In order to use the LNG terminal efficiently, so that it does not become a burden for tax payers, Lithuanians will have to build expertise in the business of selling gas.

So although independence from Russian gas and energy security are necessary conditions for Lithuania's prosperity, they come at a price. The effective operation of the Klaipėda LNG now depends on factors like the integrated Baltic energy market and compatible energy policies in Lithuania, Latvia, Estonia, Finland and Poland. Moreover, Lithuania's policy has to be responsive to changing conditions in the energy market. The terminal alone, without regional cooperation, is not a sufficient condition of energy security in the Baltics. The current situation makes Lithuania, previously a passive price taker from Gazprom, an active market maker in the Baltics.