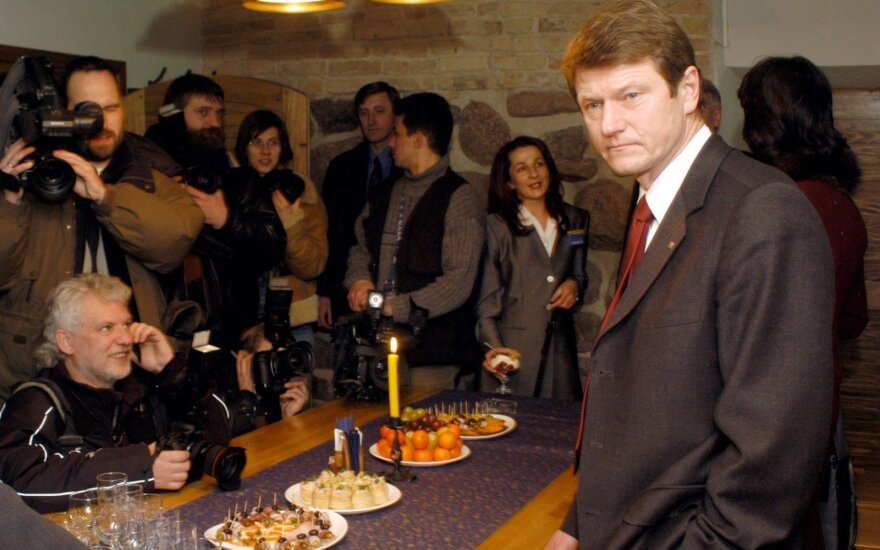 In his petition, Jankevicius asks the court to clarify its resolution of December 2016 saying that Lithuania has to take into account the UN Human Rights Committee's view that Paksas' lifelong disqualification from being a candidate in presidential elections and from being appointed as prime minister or minister was an unreasonable restriction.

"We want to be completely clear as to what extent the Lithuanian Constitution should be amended to enable the state to fulfill its international commitments," the minister said in a press release on Friday.

"This will help draft the necessary constitutional amendments and decide on their content, that is, on the rights of a person who has been removed from office through impeachment to be elected as member of the Seimas (and) president, (and) to become the head or a member of the government, (and) to hold other positions," he said.

The minister noted that two versions of constitutional amendments have been registered in the Seimas over the past three years, but there has been much debate about their content.

The European Court of Human Rights ruled in 2011 that the lifetime ban Paksas to run in parliamentary elections was disproportionate and ran counter to the European Convention on Human Rights.

The Council of Europe's Committee of Ministers, which supervises the execution of the court's judgments, has placed Lithuania under the so-called "enhanced supervision procedure" over its failure to amend the Constitution to open the way for the impeached president to stand as a candidate in elections.

The committee has asked Lithuania to update it "on a monthly basis" on what steps the country has taken to comply with the court's judgment, Jankevicius said.

In March 2014, the UN Human Rights Committee stated that the lifelong ban on Paksas to run for president and to be appointed as prime minister or minister violated the International Covenant on Civil and Political Rights.

Paksas was impeached and removed from office as president in 2004 after the Constitutional Court ruled that he had grossly violated the Constitution and his oath of office by granting Lithuanian citizenship to Yuri Borisov, the main financial supporter of his presidential election campaign.

The Constitutional Court has ruled that a person removed from office through impeachment can never again hold a public office that requires an oath and that the Constitution needs to be amended to lift the ban.

Lithuania's Constitutional Court ruled on Tuesday that the amendments to the Law on Forests ,...

The Court of Appeal of Lithuania found former MP Kestutis Pukas guilty of sexual harassment and a...