Is Lithuanian pork safe to eat? 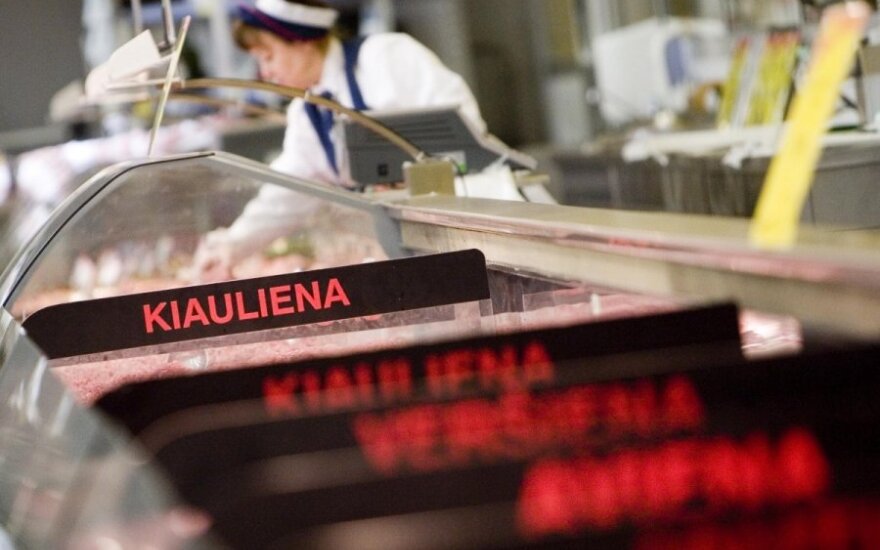 Attempts to transport the meat

According to Artūras Šimkus of the State Food and Veterinary Service, pork that is sold in supermarkets and regular markets is regularly inspected and safe for consumption.

“If pork is bought from certified companies, consumers need not worry. Sure, if you get meat in farmers’ markets, it will not have an approved number code, thus the risk of spreading the virus increases. Nevertheless, the virus is only dangerous to animals of the suidae biological family to which pigs belong. It is not dangerous to other animals and pets. Thus, this information is intended for farms which breed pigs. A common habit in farms is to feed pigs with leftover food, however, such behaviour is not encouraged at the moment. Meat should either be fully consumed or destroyed, bearing in mind that farms are often frequented by wild boars.

“The information is of less relevance to people living in cities, however, it is essential to be aware of the current situation regarding African swine fever in Ignalina region. It is essential that people who slaughter pigs for their personal consumption not transport the meat out of the farm. Such meat is only suitable for personal use, after thorough inspection by veterinary doctors.

“A typical example is when people have slaughtered a pig and give some of the meat to their children who come to visit from the city. On a couple of occasions such meat has been confiscated. Even though the meat in question was not found to be infected, due to security measures it had to be returned to the farms. It is strictly forbidden to transport meat from the area. The road checks are installed where every car is being inspected,” claims Šimkus.

The virus is only dangerous to pigs

According to Arūnas Šimkus, eating the infected pork would not have any effects on people, as the virus does not reproduce in the human body. A refusal to consume such meat would stem from psychological motives, while the prohibition to supply such meat to the general public is due to concerns for livestock, not people.

“People may get a headache, feel nauseated, however, there is no scientific proof that virus can affect people. On the other hand, I doubt even the slightest chance of such meat reaching consumers, as the control is very strict. Furthermore, most pork meat is supplied by large corporations, which have biosafety systems installed. Thus it is absolutely safe to eat pork in Lithuania,” claims the expert.

After four days when the country's borders were closed to Lithuanian pork products, Estonia 's...

The government’s emergency commission decided Monday to declare a state of emergency in the district...

All 19,000 pigs at an African Swine Fever-hit farm in the eastern Lithuanian district of Ignalina have...