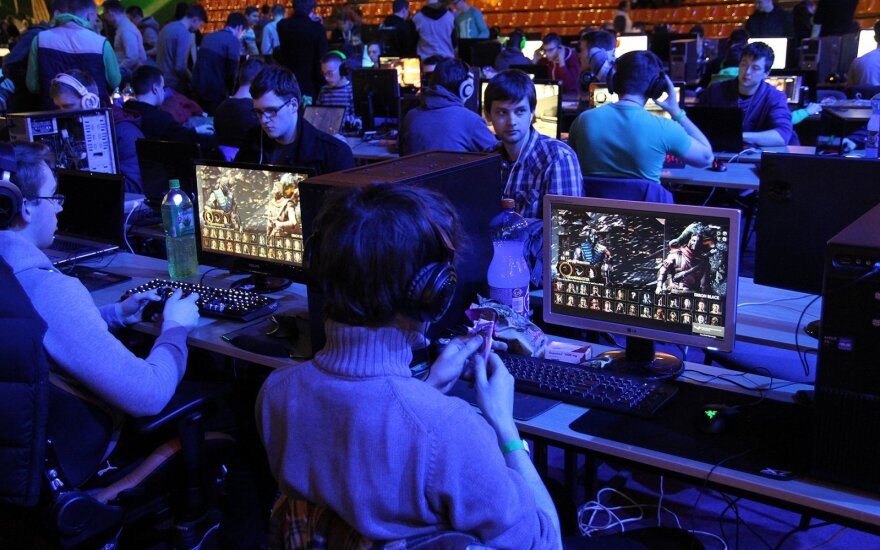 The founders of JetCat Games are currently working on a new project called Heliborne, which has game mechanics that have been described as “king of the hill on helicopters”. The beta version of the game will ship in early access before the end of 2015.

It was possible to play a trial version of the game when it was exhibited at this year‘s Gamescom. It is the largest game development event in Europe and this year it had a strong Lithuanian presence, with JetCat being joined by two other Lithuanian game studios and the public agency Invest Lithuania at the event.

The unusual practice of a capital fund investing in the gamedev sector suggests that Lithuania has great potential both for start-ups in general, and specifically for new firms in the computer and video games industry.

"The computer and video games industry has never been as popular as it is today, with an immense consumer base of 150 million people in the U.S. alone. Additionally, indie games are becoming more accessible to wider audiences due to new applications and devices, and to the changing habits of game players. More importantly, indie game developers are becoming more and more successful financially. That‘s why Practica Capital sees great potential in JetCat Games and their upcoming Heliborne game," Donatas Keras, a partner at Practica Capital explained.

According to Raman Ulasau, one of JetCat Games‘ founders, the company‘s story would probably be different, and much less positive, if they hadn‘t moved to Vilnius. „We mainly chose Lithuania due to the business conditions and its convenient location, as it enabled us to work in the EU while still staying close to the Belorussian, Russian and Ukrainian markets. But we got so much more that we expected – starting with incredibly creative people to work with, and ending with strong support from local institutions and even risk capital funds.“

Mantas Katinas, Managing Director of Lithuanian investment promotion agency Invest Lithuania, claims that Lithuania is emerging as a hotspot in the CEE region for the computer and video game industries. 10 game development companies from Russia, Ukraine and Belarus alone have chosen to relocate to Lithuania since 2014. More importantly, this trend is set to continue with even bigger players from the IT and gamedev sectors showing interest.

"This interest is no surprise as Lithuania fully recognizes the huge potential of this growing sector. Therefore, our goal is to further improve the business environment here so that the Lithuanian IT and game development cluster can become a leader in the region," Mr Katinas explains.

Sergei Klimov, who has moved his own studio Charlie Oscar to Vilnius more than a year ago, and is bringing his 19 years of experience in the international games industry to JetCat Games in the role of the member of their Advisory Board, is convinced that Lithuania is heading in the right direction. "This is a perfect example of Vilnius being not only a great place to develop games for existing studios, but also an excellent location to raise venture capital for new companies. The combination of high quality of life, low burn rates and business and legal transparency makes the city a very attractive destination for game startups from Russia, Ukraine and Belarus."