BNS EN
aA
Saulius Skvernelis, candidate for Lithuania's new prime minister, says that no major tax reforms are planned for the nearest future, however, does not rule out revision of taxes linked with employment income, including the residents' income tax and social insurance fees. 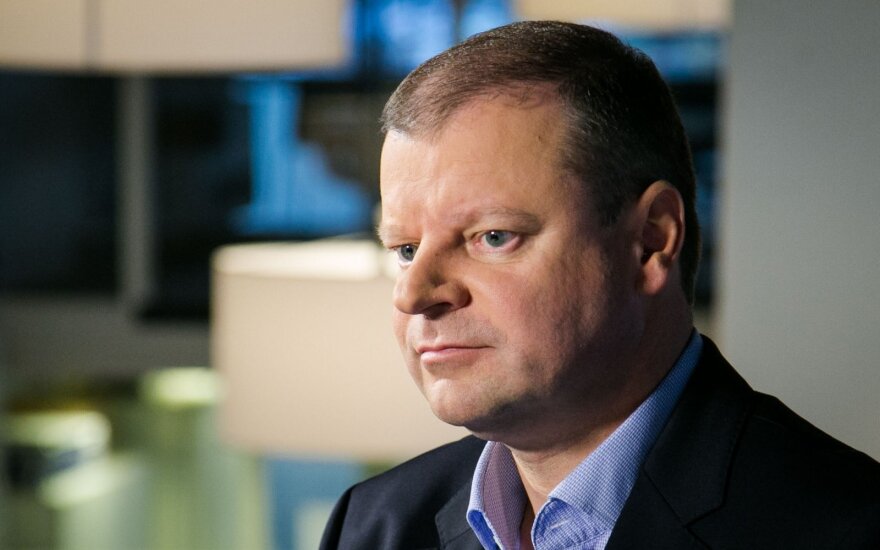 "At the beginning, there is potential to balance and restructure the employee taxation system. Today we have the (state-run social insurer) Sodra fee, which includes the share of the employer and the employee, the residents' income tax and various additional taxes – I mean the mandatory health insurance, which is a total mess. We could introduce two taxes here, namely, the residents' income tax generated from other smaller taxes, and have a pension insurance tax instead of the Sodra tax – there would be different tariffs and some progression," Skvernelis said at a conference organized by 15min.lt news portal on Wednesday.

"In fact, there would be no (tax) increase for anyone, those making a higher salary, would possibly need to pay 1-2 percentage points more but the overall tariff would benefit those who make under 1,000 euros (per month)," said the PM candidate of the Peasant and Green Union.

Skvernelis did not specify the time-frame for implementing the changes.

"These are the first steps that can be taken in the tax system. These are more of administrative changes, which do not require a six-month period. The fact is that it will require good preparations," he added.

Stasys Jakeliūnas, listed by LPGU as candidate for finance minister, has told BNS that tax cahnges could be expected in the beginning of 2018 at the earliest.

Lithuania's President Dalia Grybauskaitė has signed into law the reforms of the pension system and...

Minimal social insurance contributions should be paid as a percentage of the minimum wage even by...