In response to criticism over pension cuts, Šimonytė tells Ušackas he was in same Cabinet

BNS
aA
In response to criticism from Vygaudas Ušackas over pension cuts, Ingrida Šimonytė reminded her opponent in a presidential primary debate that they both served as ministers in Prime Minister Andrius Kubilius' 2008-2012 government. 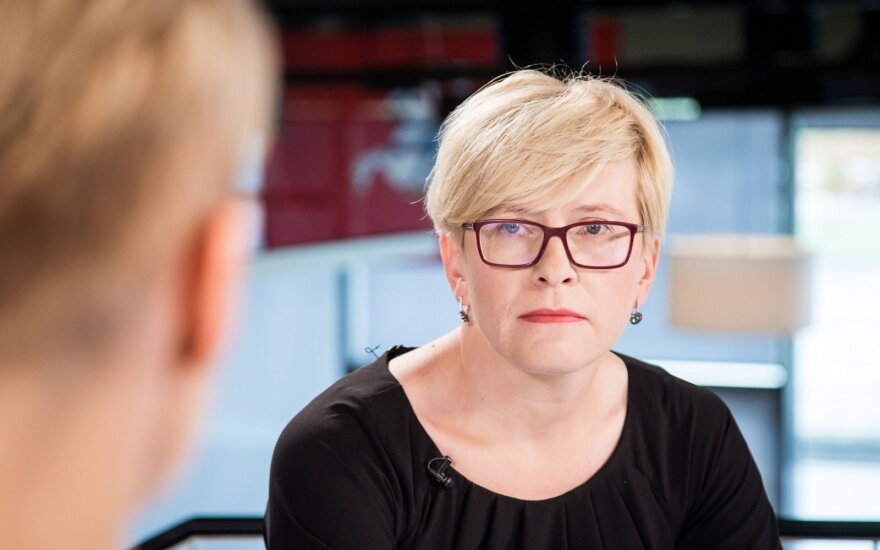 "There's a little problem. You yourself were a member of Andrius Kubilius' Cabinet," she told her opponent in the Homeland Union–Lithuanian Christian Democrats (HU-LCD) presidential primary debate on Thursday evening.

Šimonytė, who held the post of finance minister in the Cabinet, responded to Ušackas' remark that Belarusian President Alexander Lukashenko, who has visited Lithuania in the past, "helped us to revive the port of Klaipėda, unlike you who slashed pensions and the budget".

Ušackas served as foreign minister in Kubilius' government, which dealt with the financial and economic crisis of 2008 and 2009. He resigned from the post in 2010 after President Dalia Grybauskaitė said she had no confidence in him.

Before that, Šimonytė noted that one could hardly speak about Belarus being independent from Russia.

Usackas then criticized her for a lack of foreign policy ambitions.

"Then there is no ambition or purpose. If we give everything away, what are we doing here?", he asked.

Ušackas will run against Šimonytė in the HU-LCD primaries to be held on November 3-4 to choose the conservative party's candidate in next May's president election.

The latest opinion polls show that both politicians have at least 10 percent support among voters.

Vygaudas Ušackas , a former EU ambassador to Moscow, says he does not think Russia poses a direct...