(3)
BNS
aA
High concentration in Lithuania's banking sector has so far not resulted in a lack of competition in this sector, Kristalina Georgieva, managing director of the International Monetary Fund, says.
Sekite svarbiausias naujienas socialiniuose tinkluose! 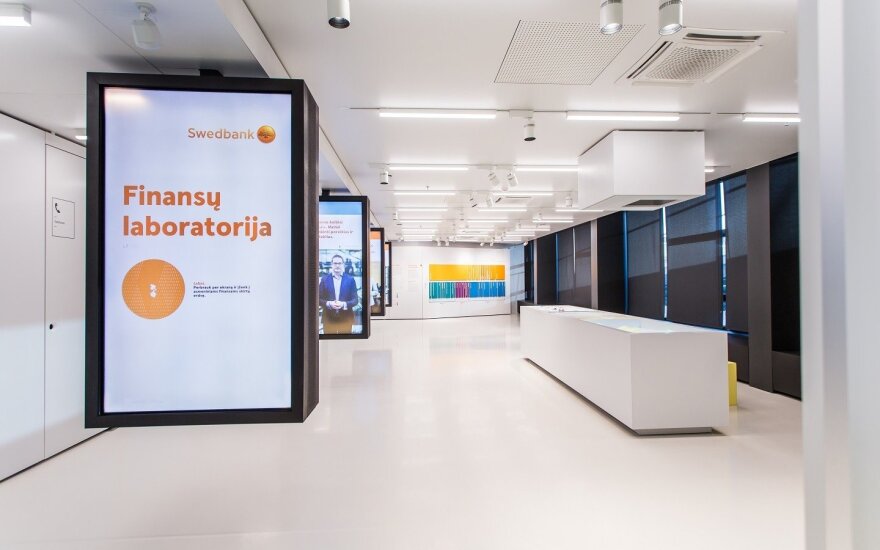 She attended a virtual discussion organized by Lithuania's presidential office on the possibility to establish a national development bank in Lithuania on Thursday.

In her speech, she spoke of three key challenges, including a high degree of concentration in Lithuania's banking sector, small and medium enterprises’ inadequate access to finance, and counter-cyclicality and the inability of banks to provide enough credit during downturns.

"Lithuania's three largest banks represent three-fourths of total assets. Our analysis suggests that, so far, concentration has not resulted in a lack of competition, and that banks’ strong profitability seems to reflect high efficiency," Georgieva said during the conference on Thursday. "But this does not mean that high concentration cannot turn into a problem of inefficiency."

Speaking of the small and medium enterprises’ inadequate access to finance, the IMF chief said that many countries are facing the same problem and they have opted to address this problem through public development institutions such as INVEGA in Lithuania that provide direct lending or loan guarantees.

The Lithuanian presidential office says the problem could be resolved through the establishment of a national development bank that would focus on lending to small and medium enterprises. But Georgieva warned that the establishment of such an institution would not come without risks.

"They (state banks – BNS) can fulfill functions that are not performed by private banks, provide financing for projects that benefit the wider economy, and provide countercyclical lending. Public banks have implicit or explicit government guarantees, which is what leads to their low funding costs but could represent significant fiscal risks," she said.

On Thursday, the Lithuanian president, as well as representatives of the government, international institutions, the Lithuanian Seimas, economists and others discussed the possibility to establish a national development bank in Lithuania.

The presidential office is in favor of the idea, with President Gitanas Nauseda saying that there's a problem of insufficient lending to small and medium enterprises in the country, and this problem could be addressed by a state bank. The presidential office also stresses that such a bank would not be active in the retail banking sector.

Last week, the Seimas of Lithuania authorized the government to launch procedures for the establishment of a state bank.