How much should you earn to afford new apartment in Vilnius centre?

(1)
DELFI EN
aA
A new apartment in a nice place is no longer a privilege affordable to people with a high level of income. A two-person family earning an average salary in Vilnius can afford a 50 square meters apartment in the very centre of the capital city, as shown by the real estate market development analysis done by JSC “Hanner”. 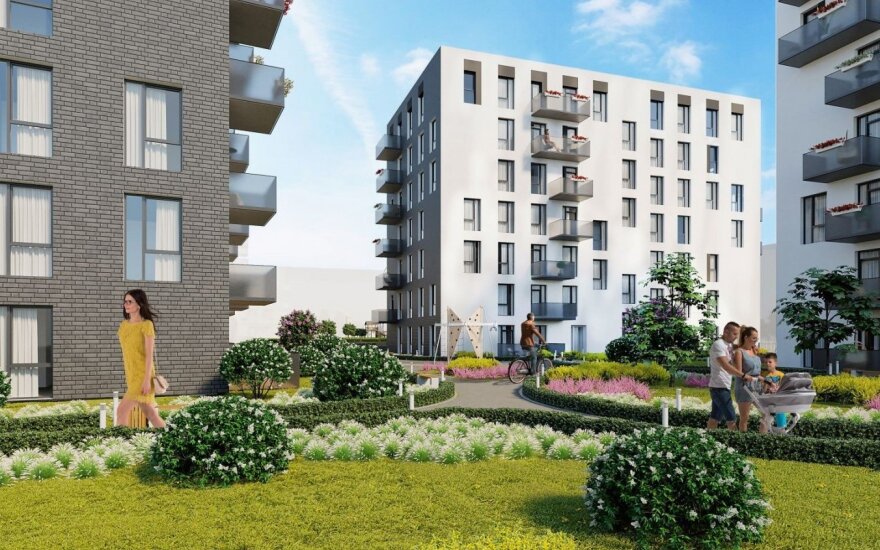 “Each month of this year hits new records of new apartment’s sales in Vilnius real estate market. For this reason, we decided to perform an in-depth analysis of this growth. After we made some calculations, we can see that a two-room apartments just several hundred meters away from the Cathedral Square, became affordable to people earning average salaries, and in Šnipiškės district, such family can even buy a three-room apartment”, said Arvydas Avulis, Chairman of the Board of “Hanner“.

The company performed an analysis on what kind of apartments one or two persons with average salaries in Vilnius can obtain from the two projects under development – “Centro rezidencija” and “Paparčių namai”. Based on the latest data from the Department of Statistics, the average salary “after taxes” at the end of the last year was 846 euros.

The same family can obtain an apartment of up to 50 square meters in the former territory of the famous Žalgiris stadium. It is a project “Centro rezidencija” developed by “Hanner” and located very close to the old town of Vilnius. The average price per square meter in this project is 2556 euros, and such an apartment costs around 128 thousand euros.

These calculations done by “Hanner” were based on a presumption that the potential buyers already have the initial contribution of 15 per cent, the bank credit margin is 2.3 per cent, and the credit shall be returned in 25 years on annuity terms. For the evaluation of the needed income, the real estate credit calculator of “Swedbank” was used.

“While the rapid growth of Vilnius city residents’ income exceeds the increase of real estate prices, the housing affordability in the capital city is really high today. Just several weeks ago, we announced that during the first months of this year in Vilnius, real estate developers sold 2008 apartments – this is even by 74 per cent more compared to the same period of the previous year. We believe that such statistics can be explained by the improvement of the financial situation of the capital city residents”, said Mr. A. Avulis.

Construction company: it's getting harder to find workers from Ukraine

The head of Vilnius-based construction company Naresta says that besides tough competition cutting...

The Vilnius and Kaunas property markets, at their all-time highs this year, will likely register a...