ELTA EN
aA
With declining export and weakening economic growth, household consumption is becoming an ever increasing factor of economic growth. Having reached its peak ever since late 2007, consumer confidence provides hope that the negative influence of declining export to the Commonwealth of Independent States (CIS) may be at least partially counterbalanced by growing consumption. On the other hand, it seems that Lithuanians will tend to save more this year, says Chief Economist of Swedbank, Vaiva Šečkutė. 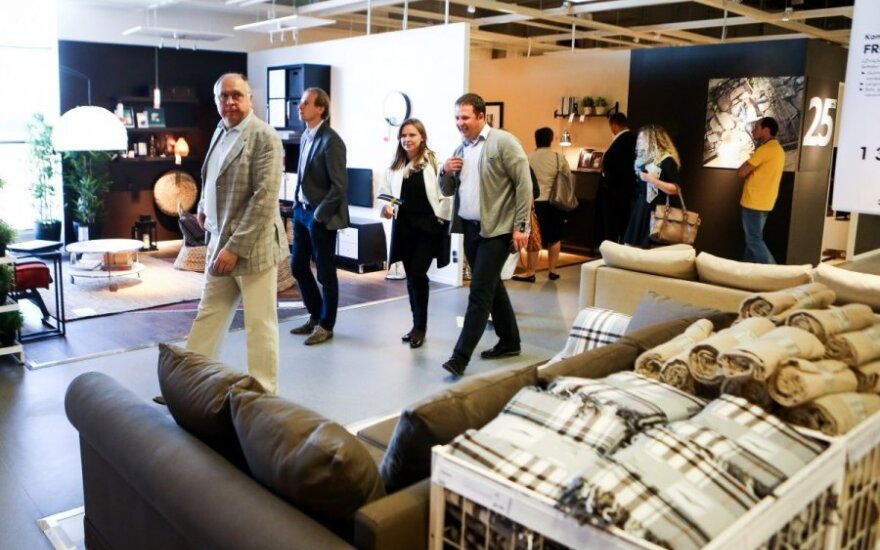 In January 2015, compared with January 2014, export of goods decreased by 8.8 percent. However, it was mostly affected by export of mineral fuels - excluding this, export of Lithuanian origin goods decreased by just 0.7 percent. Nonetheless, it is a substantially poorer result than last year, when export of Lithuanian origin goods grew by 4.4 percent. The growth of export of services, which reached as much as 9.1 percent, was slightly unexpected this January. But its further increase should not be expected because export of transportation and tourism services is closely reliant on Eastern markets which are facing difficulties at the moment.

The decline of export was mostly affected by a 30 percent plunge of milk product export. However, export of wood and plastic goods also fell significantly. Export of goods to Russia contracted by as much as 38 percent. Export to other CIS countries, such as Belarus and Ukraine, also decreased considerably.

Nevertheless, Chief Economist of Swedbank, Vaiva Šečkutė, says that all these staggering export growth figures were achieved due to low comparative basis - penetration of these markets were basically very insignificant before this. Furthermore, despite of the growth in new markets, export of Lithuanian origin goods decreased by 11.1 percent compared to last year. And products of Lithuanian food producers account for only 7.3 percent of the total export. Whereas it will be difficult to find an alternative market for many other Lithuanian origin goods, especially those meant for re-export.

Therefore, household consumption is likely to be the solely factor of Lithuania's economic growth. In January 2015 its growth somewhat slowed down as retail trade growth increased by a mere 1 percent. Consumption growth was slowed down at least partially by the introduction of the euro. Some consumers rushed with their purchases before the adoption of the euro in fear of price growth, while others decided to spend cash litas - in December 2014 retail trade grew substantially by 8.2 percent. In February 2015, when consumers got used to the single currency of the EU, retail trade grew by 4.3 percent.

Consumer confidence unexpectedly increased in March and reached the highest level since late 2007. Consumers much more optimistically evaluate their household's financial situation, Lithuania's economic prospects and prospects in the labour market. Consumers also believe that the time is beneficial for saving - the indicator has reached its historic peak. Meanwhile projections of major purchases are lower than the year ago. Thus it seems that Lithuanians are leaning to save rather than spend at least some of the additional funds they will receive due to growing wages and low inflation.