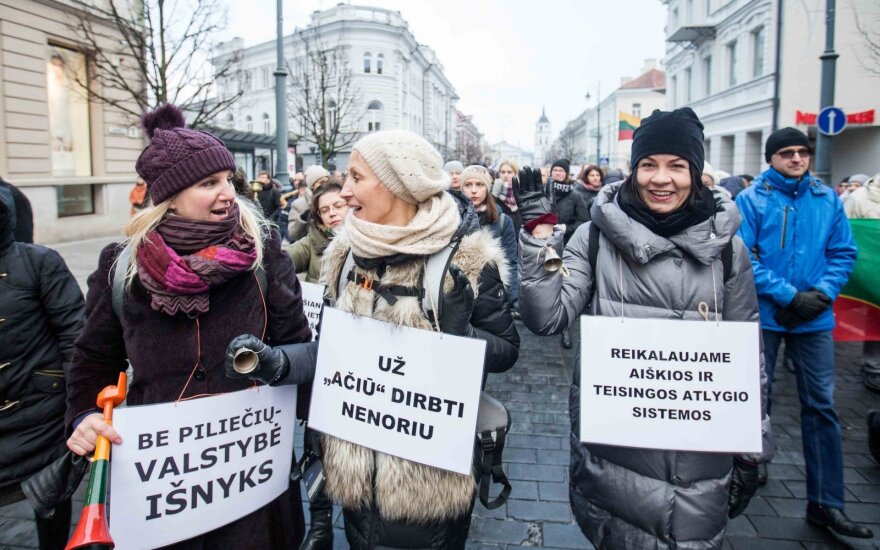 "The bill we have tabled provides for a pay rise of over 9 percent for teachers, which does not satisfy me in the current situation, but I could not somehow generate revenue," he told MPs.

The minister met with the conservative Homeland Union–Lithuanian Christian Democrats' political group in the Seimas to discuss the funding of the education system. Representatives of two education sector trade unions were also present at the meeting.

The government proposes to increase the Education Ministry's budget to almost 1.28 billion euros next year, from over 1.237 billion euros this year.

However, teachers expected the budget to be increased by almost 118 million euros, as provided for in a collective agreement of the education and science branch that was signed in 2017 and revised last July.

The government says the agreed changes to the agreement have no effect until approved by the Finance Ministry and the full Cabinet.

The Education Ministry registered on October 1 a draft government resolution authorizing it to sign the updated collective agreement with new commitments. The Cabinet has not yet discussed the document.

A teachers' trade union accuses the government of failure to deliver on its promises and threatens to go on strike in late November if the education budget is not revised during parliamentary debates.

Eugenijus Jovaisa, chairman of the Seimas Committee on Education and Science, has sided with the trade union, tabling a proposal to allocate an additional 70 million euros for the education sector in next year's budget.

Teachers to stage protest as minister calls for talks

As Lithuanian Education, Science and Sport Minister Algirdas Monkevicius is calling a meeting with...

Education minister vows to resign if teachers' demands are not met