EN.DELFI
aA
Homanit, a leading manufacturer of medium-density (MDF) and high-density (HDF) wood fibreboards from Germany, has announced building a plant in the Vilnius region. The company is expecting to around 100 million euro and hire 440 employees in the first five years of operations, a press release from Invest Lithuania states. 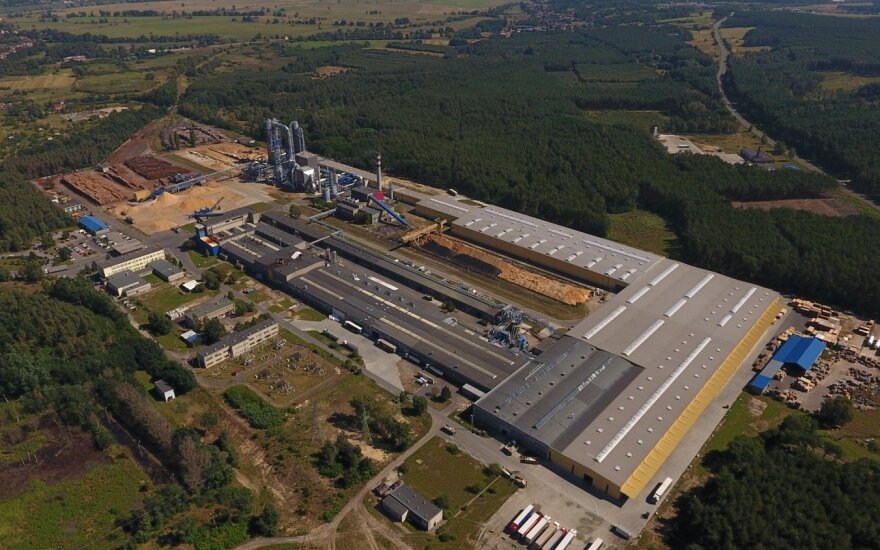 The company explains its decision to build a production plant in Lithuania by the growing demand from local manufacturers, which Homanit already supplies from two plants in Poland.

"Lithuania, as well as Poland, are major suppliers for IKEA. In the next two years, the Lithuanian furniture cluster expects new investments of over 300 million EUR," Andrius Ostrauskas, CEO of Homanit Lietuva, explains. "Transport costs from Poland have been taking their toll on the bottom line of the manufacturers, and our strategically placed new plant will solve this issue. Half of the production will be dedicated to satisfying the demand of local manufacturers, while the other half will supplied to clients in places as far away as North America and the Far East."

The company produces medium-density (MDF) and high-density (HDF) wood fibreboards. The company's clients include major furniture, door and flooring manufacturers. Homanit is regarded on the market for custom solutions, as it is able provide a wide variety of colouring schemes and shapes.

The plant in Vilnius region will have a number of manufacturing lines, including cutting, lamination, folding, and packaging. Most of the jobs created will be for skilled staff, as a large part of the manufacturing process is automated.

"The Lithuanian furniture industry is quickly automating its processes which gives us a glimpse of what the plants of the future will look like – they will employ fewer people but with higher qualifications. The new Homanit plant will not only ensure a faster supply of materials to the Lithuanian furniture cluster but will also employ specialists who will gain the required knowledge and skills about ways to automate production. This will be a significant step in automating production, a process that thus far was rather slow due to a shortage of such competencies on the market," states Virginijus Sinkevičius, the Lithuanian Minister of Economy and Innovation.

Homanit wants to start collaborating with higher education institutions and vocational schools from the beginning.

"During the summers, we are going to offer internship opportunities, as well as provide apprenticeship options throughout the year," Andrius Ostrauskas, CEO of Homanit Lietuva, says.

According to Mantas Katinas, Managing Director of Invest Lithuania, the decision of Homanit to build a plant in Vilnius region will serve as additional impetus for local manufacturers.

"Homanit provides a new link in the supply chain of the Lithuanian furniture cluster, which means shorter lead times and ultimately – a stronger interconnectedness of the whole industry," Mantas Katinas says.

In Poland, where Homanit has a presence since 2005, the company is known for its social responsibility actions. In Karlino, starting from 2014, the company is investing a 115,000 EUR per year in the building of social housing and sports facilities for the community. In addition to that, Homanit has contributed to the building of a sports arena which now bears its name.

Homanit operates plants in Saarland, Germany, as well as in Karlino and Krosno, Poland. The company has around 1500 employees across its different branches. In 2016, Homanit's turnover was 225 million EUR.

Last year, the Startup Visa received 178 applications of foreign companies for participation in the...