BNS
aA
15 basketball players, three football players and two ice hockey players got into the Top-20 of Lithuanian athletes with the highest career earnings, including Zydrunas Ilgauskas, Jonas Valanciunas and Arvydas Sabonis, according to a ranking published by the delfi.lt news website on Monday. 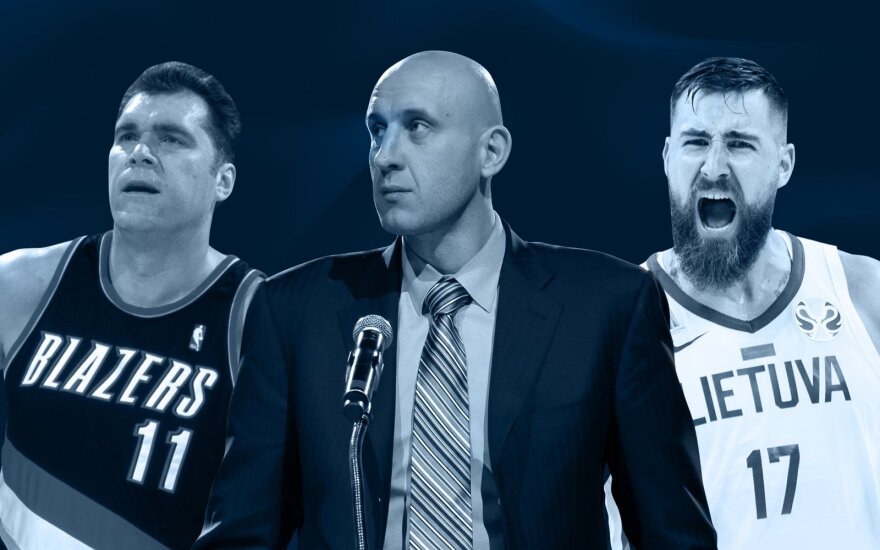 Based in the United States, Ilgauskas, who lost Lithuania's citizenship, earned 65 million euros after taxes during his NBA career, mainly playing for the Cleveland Cavaliers. Valanciunas came in second with net earnings of 31 million euros, and Sabonis, the incumbent president of the Lithuanian Basketball Federation, is third with 25 million euros.

The list was produced by delfi.lt and the magazine Reitingai. They claim the earning would have been even higher for earlier retired athletes, once inflation was taken into account.

The list was created based on official data and media reports as well as a survey of experts.

Lithuania's Olympic champion Ruta Meilutyte announced her decision on Wednesday to end her...

Lithuanian Prime Minister Saulius Skvernelis is in favor of an idea to organize the FIBA Olympic...