BNS
aA
The government will establish a special working group to supervise the Klaipeda seaport's expansion, a subject of disagreement between the port's authority and the city of Klaipeda. 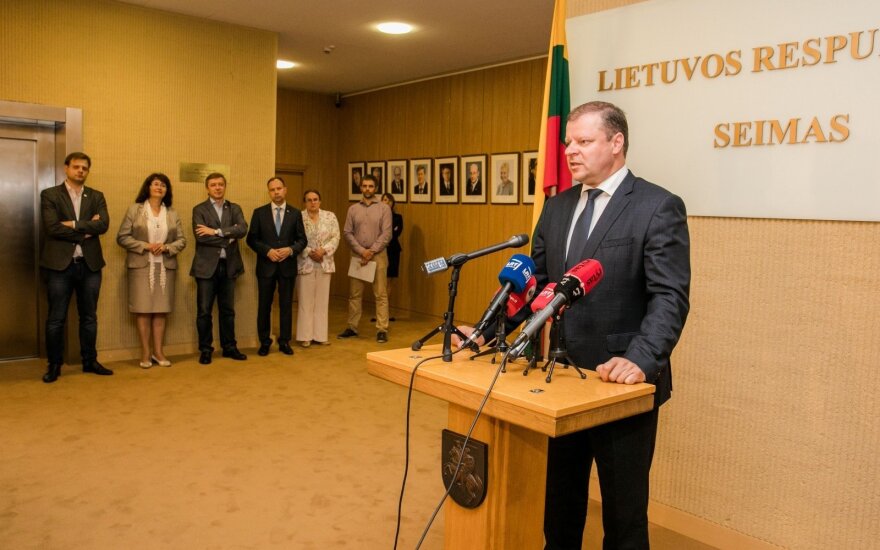 "A project coordination and monitoring group will be set up in the near future based on a government resolution or decree. Like it was with the liquefied natural gas terminal, it will include all decision-makers," Prime Minister Saulius Skvernelis said at a news conference on Friday after meeting with the top officials of the port and the city.

"We will meet once a month and look at how the project is advancing," he added.

Skvernelis underlined the importance of involving the city in the port's development.

Klaipeda Mayor Vytautas Grubliauskas, who previously spoke out against fast decisions on an outer port, now says that he expects it to be built.

"I believe that Lithuania will have an outer port," he said.

The port and the city differ on the port's development.

The city's council last July approved an option of a general plan that does not envisage building an outer port in Klaipeda in the next ten years.

The Transport Ministry has already endorsed a conceptual general plan that calls for developing the port in both the southern and northern parts of the city, including building an outer port in Melnrage.

The Klaipeda seaport handled a record 40.14 million tons of cargo last year and expects to achieve a new record of 41 million tons this year.

With only a few days into 2016, decision-makers in the Lithuanian seaport of Klaipėda glance over...

Expansion of the Lithuanian port of Klaipėda will make it more competitive vis-à-vis other ports...

Ship traffic at the Lithuanian seaport of Klaipėda is being resumed on Tuesday as winds have subsided.