BNS
Lithuania's government has given a cautious opinion about the pledges made by Belarus to provide the European Commission (EC) with results of stress tests at the Astravyets nuclear power plant (NPP), saying that many security questions remain unanswered. 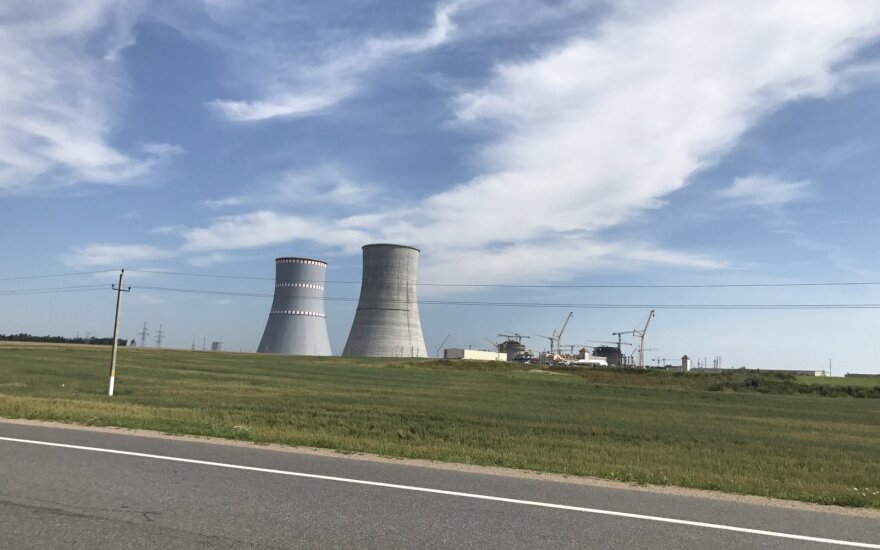 "They have been pledging to conduct the tests for six years and the pledge is still running. New pledges are made before every meeting of committees of the Espoo Convention, therefore, we should be cautious here. Of course, we demand that this is done in accordance to methodology of the European Union. We will see, if this is done but I want to underline that this is not the only request or demand," Foreign Minister Linas Linkevičius told BNS.

In his words, Lithuania continues criticizing the selection of the construction site, consultations and coordination with neighbors. The minister said the nuclear plant is being built some 50 km from Lithuania's capital Vilnius without taking account of the population density.

Energy Vice-Minister Simonas Šatūnas says that the stress tests do not solve the key issues of the power plant.

"Lithuania's position on the so-called stress tests remains the same – they should be conducted in full extent and they should be implemented in full extent, i.e., in accordance to European methodology. At the same time, we are noting that this does not solve the key problem – the location of the Astravyets NPP site and the selection of the site, as their selection was wrong and in violation of international requirements," Šatūnas told BNS.

Belarus has pledged to provide in October the European Commission with a report of Astravyets NPP stress tests conducted by Belarusian nuclear and radiation safety regulator Gosatomnadzor. Belarus maintains the tests were conducted back in December of 2016.

The Belarusian plans of submitting the tests results to the EC were applauded by Germany's Ambassador to Belarus Peter Dettmar.

Asked whether the support of foreign diplomats to the stress tests undermined Lithuania's positions, Foreign Minister Linkevičius said he was cautious about reporting by Interfax news agency. In his words, officials directly in charge of Astravyets safety issues are fully aware of the situation and Lithuanian fears in this respect.

"Those who are directly responsible, for instance, Commissioner Maros Sefcovic, are well informed, I have met him on more than one or two occasions, he is familiar with our fears and the the issues we raise. I met with EC First Vice-President Frans Timmermans a few days ago, we discussed this in great detail, he is well informed. I believe that those who are interested are well informed," said Linkevicius.

Lithuania is the main critic of the Astravyets NPP, pledging to block imports of electricity from the utility and thus burden the construction project.

Some 65 percent of Lithuania's residents see Astravyets as a national security threat, an opinion poll conducted by RAIT company for BNS has shown.

The much-criticized project where Lithuanian scientists have provided consultations to Belarus on the...