BNS
aA
The government’s emergency commission decided Monday to declare a state of emergency in the district of Ignalina in response to the spread of African swine fever (ASF) in Lithuania. 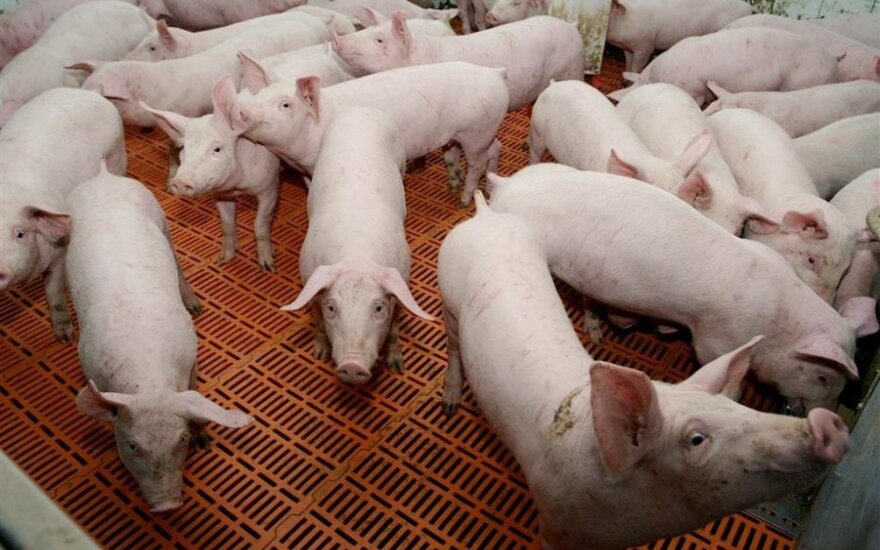 Last week, a similar measure was taken by the local authority of the district.

“In addition to five municipalities, which remain subject to the state of emergency, we now declare such a status in the district of Ignalina. Previously, the state of emergency was extended until 24 January. Today, we add to this list one more municipality, where all pigs infected with this virus have been localized and exterminated,” Interior Minister Dailis Alfonsas Barakauskas said at a news conference on Monday.

He added that Jonas Milius, the head of the Lithuanian State Food and Veterinary Service, had been authorized to take all measures required to prevent the spread of ASF.

Meanwhile, Milius said that such a situation would pose problems to Lithuania, which sought to export heat-treated products to Russia.

“The Customs Union is currently accepting heat-treated products from other European Union’s (EU) countries, but it would not accept such products from us. We were very close to an agreement but I think the process will take longer after this event,” he said.

Agriculture Minister Virginija Baltraitienė noted that the authorities would need help from the scientific community to eradicate the epidemic. She added that the country should make investment in research aimed at developing a vaccine against the virus.

The minister will meet with her Estonian, Latvian and Polish counterparts to discuss the situation over ASF in Vilnius on Wednesday.

Lithuanian Minister of Agriculture Virginija Baltraitienė has invited her counterparts from Estonia...

All 19,000 pigs at an African Swine Fever-hit farm in the eastern Lithuanian district of Ignalina have...

On Friday the Office of Prosecutor General of Lithuania launched a pre-trial investigation into the...

Baltics and Poland to ask EU support in fighting ASF

Faced with a threat of African swine fever (ASF), the Lithuanian government plans to team up with...