Government commission decides against national state of emergency in Utena

Elta EN
aA
At a meeting on Friday the Emergency Commission of the Lithuanian Government decided against declaring a national state of emergency due to African swine fever (ASF) in Utena district. 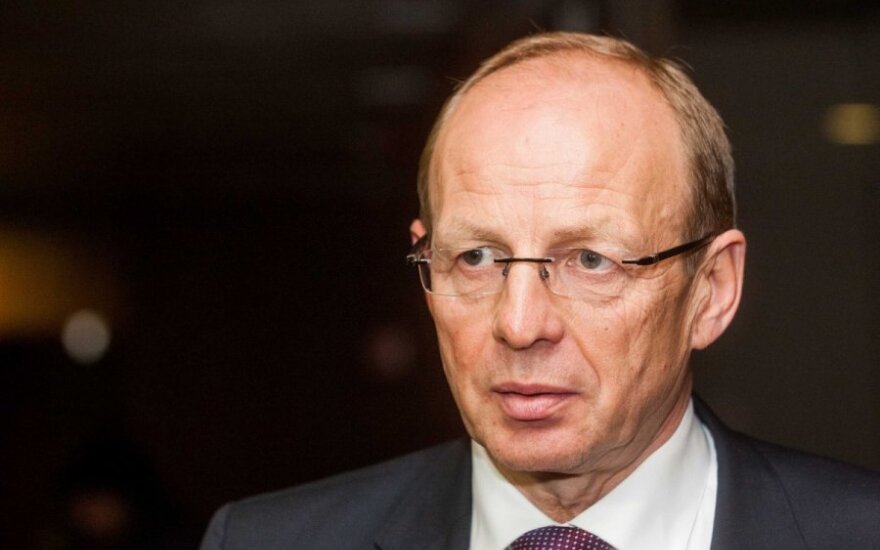 At present, the state of emergency at the national level has been declared in Ignalina, Trakai, Varėna, Druskininkai, Lazdijai, Šalčininkai and Alytus districts.

"It was decided not to declare the state of emergency in Utena district, as all the powers have already been given to me previously and we can carry out everything now as well, there are no novelties there," said Jonas Milius, Head of the State Food and Veterinary Service (VMVT) after the meeting of the Government's Extreme Situation Commission on Friday.

On Thursday, a state of emergency due to ASF at the local level was declared in Tauragnai and Saldutiškis parishes in Utena district.

According to Milius, the Ministry of Agriculture is instructed to pay compensations for slaughtered pigs within the radius of 3-10 kilometres in Utena district.

Milius also informed that the situation due to ASF was very difficult at present, the more so as on Friday Latvians announced about new outbreaks of ASF in the centre of the country, a threatening situation had developed near Lithuanian town Birzai, 80 kilometres from new outbreaks.

"We are surrounded and the threat is only increasing every day," said the head of the VMVT.

The pigs infected with ASF in Utena district were not registered. According to Milius, ways to increase responsibility of people are under consideration, it has not been ruled out that owners of infected animals will have to cover the costs of disinfection. In late August a meeting with Prime Minister Algirdas Butkevičius, mayors of districts will be held to discuss this issue.

As reported, one more case of ASF was established in a private farm in Utena district Skloblų village, 500 metres from the border of Ignalina region. The State Food and Veterinary Service had eliminated the dead pigs. 3 and 10 kilometre protection and surveillance zones were established around the site of the outbreak. All pig farmers within the radius of 3 kilometres were calculated; blood samples of their animals were taken and brought to laboratory on Thursday. The samples of pigs from the surveillance zone are still being taken; they will be tested on Friday.

After receiving negative results, farmers will slaughter their pigs and use for their purposes without taking them outside the boundaries of the protection zone. Farmers in the surveillance zone will be encouraged to do not raise pigs to avoid losses in the event of the disease.

In early 2014 the virus was found in dead boars. On 24 July, the disease erupted in a pig farm managed by Danish capital company Idavang in Ignalina district. 19,000 pigs in this farm had to be eliminated.

On Thursday, the Emergency Commission of Utena district declared a state of emergency due to African...

The second outbreak of African swine fever (ASF) has been reported in Lithuania.

A Spanish laboratory has confirmed that pigs on a large farm in eastern Lithuania were infected with...

Lithuania's Minister of Agriculture Virginija Baltraitienė has not only to decide how to prevent...