BNS
The Lithuanian Cabinet approved on Wednesday imported fertilizer control proposals, which are yet to be endorsed by the Seimas. 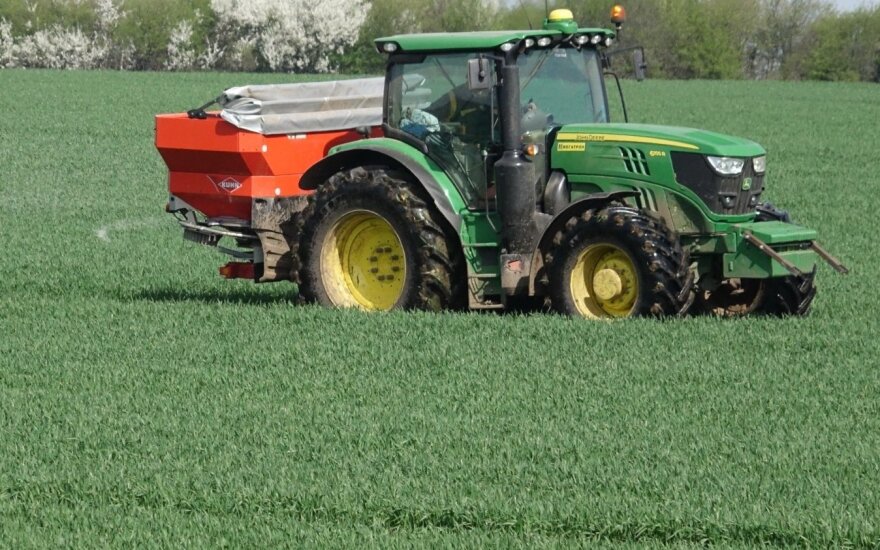 Economy Minister Virginijus Sinkevičius says that the proposals would put in place safeguards against low-quality fertilizers in the market.

"The draft law provides for working out an identification list that will function as a safeguard and will allow only fertilizing products that will meet the established quality requirements into the Lithuanian market, and will establish a procedure for market supervision and infringement proceedings," the minister said in a press release.

"It also imposes dissuasive fines for violating this law," he added.

The Economy Ministry had tabled a proposal to control the composition, safety, quality, labeling, packaging and identification of imported fertilizers.

Related articles
R. Karbauskis’ pursuits risk a political crisis
Karbauskis suspects that Grybauskaitė had a plan to replace him: "I know how it was being done"

A similar law passed by the previous Seimas was later revoked as potentially non-compliant with the EU's competition and free movement of goods requirements.

Agrokoncernas, a company owned by MP Ramūnas Karbauskis, chairman of the ruling Lithuanian Farmers and Greens Union (LFGU), is one of Lithuania's largest fertilizer importers. Opposition lawmakers suspect that the EU's anti-dumping duties are circumvented in importing fertilizers.

The opposition Homeland Union–Lithuanian Christian Democrats proposed to set up a special parliamentary commission to look into "fertilizer issues", but the Seimas rejected the move.

Agrokoncernas , a company owned by Ramūnas Karbauskis , leader of the ruling Lithuanian Farmers...