Nerijus Mačiulis
aA
Last year was marked with rising global economic growth, improving confidence and expectations, booming stock markets, and low volatility. That seems to be over – economic growth has eased, especially in the euro area, and the dominating story is rapidly escalating trade tensions. 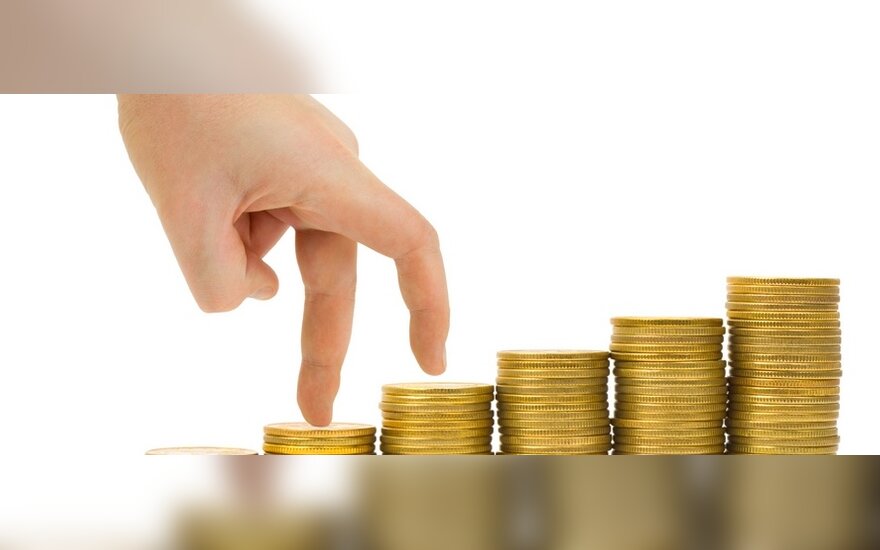 The source of increasing trade tensions is the US, where President Donald Trump thinks that his country is being treated unfairly and, by imposing trade tariffs, he can reduce the US trade deficit. So far, the US has enacted tariffs on $85 billion worth of goods, representing 3.6% of US imports. At the start of June, the US hit the EU, Canada, and Mexico with tariffs of 25% on steel and 10% on aluminium. About $8 billion worth of exports from the EU were affected by these tariffs. The EU responded by imposing 25% tariffs on US goods worth around $3 billion, focusing on politically sensitive goods, such as Harley Davidson motorcycles and bourbon. Donald Trump further escalated tensions by threatening to impose a 20% tariff on all EU- assembled cars.

So far, the biggest trade tension remains between the US and China. After a fruitless period of negotiations, on July 6 the US enacted a 25% duty on $34 billion worth of Chinese goods (mainly machinery and electronics); China responded with matching tariffs, focussing on American farm goods. In order to punish this retaliation, the US administration started preparations to impose tariffs of 10% on an additional $200 billion of Chinese goods, mostly materials and components, including automotive parts, food ingredients, and construction goods.

Trump has threatened to respond with more import duties if countries retaliate. Current threats include additional duties on $416 billion worth of goods from China (including the $200 billion mentioned above), which would cover almost all goods imported from China, $117 billion in goods from Mexico, $62 billion from Canada, and $50 billion from the EU. Compared with the trade tariffs already imposed, this would be a tenfold increase, and severely affecting global trade, sentiment, and investments.
Trump may start feeling the pressure from business associations (such as the US Chamber of Commerce, which has been very vocal against the tariffs) and at least some of the pro-trade Republicans, especially before the approaching midterm elections. However, the US President has repeatedly stated that trade wars are easy to win, so it could be hard for him to back down before showing the tangible benefits for the US from all this confrontation.

The immediate risk to the EU comes from the US threat to impose a 20% tariff on cars. There is some background to this particular threat – the US currently imposes a 2.5% tariff on imported passenger cars from the EU and a 25% tariff on imported pickup trucks. Meanwhile, the EU imposes a 10% tariff on imported US cars. The EU is probably considering lowering import tariffs, but under the WTO rules the EU cannot lower tariffs only for the US – it would have to cut them for all WTO members. This would also make European carmakers less competitive vis-à-vis Asian car manufacturers. The EU has also threatened to retaliate on other fronts – finding ways to tax digital giants such as Apple or Google, which in the past have booked their profits in the EU countries with lower tax rates (although this could be unrelated to trade wars).

Against this backdrop, finding common ground and getting back to normality will not be easy. Although a full-blown trade war is still not the most likely scenario, its probability keeps increasing and the situation probably will get worse before it gets better. So far, the financial markets are rather sanguine about trade tensions – only the Chinese yuan and its stock market have taken a hit. Safe assets (such as German bunds) have been in demand, but developed country stock markets have not swooned and there has been little increase in volatility. Markets expect common sense and rationality to prevail, but we think that the probability of missteps, further tensions, and escalation is not low.

How vulnerable are Baltic economies and what is the likely impact?

But what if things get worse? If tariffs were enacted on more goods and services and were here to stay for longer, that could start affecting supply chains and hurting Baltic companies that export to the EU. For example, car manufacturers could shift some of the manufacturing to other regions, and demand for car parts, produced in the Baltic countries, could fall. However, manufacturing of vehicles and their parts constitutes a very small share of total output in Baltic countries.

A broader-scale trade war would damage the Baltic countries not only directly, but also indirectly – through weaker confidence, lower investments and consumption, and a possible disruption in supply chains. Even if the Baltic countries export relatively little to the US, they supply a lot of intermediary goods to manufacturers in Germany and the Nordic countries.

There is also a risk that Trump will mix up trade talks with NATO issues. Increasing trade confrontation could weaken or even threaten the existence of NATO and, consequently, the perceived safety of the Baltic countries. Although a low-probability scenario, this would, no doubt, have a very negative impact of business confidence and investments.

The Baltic countries, especially Lithuania, also have relatively large transport sectors, which would be negatively affected if global trade flows were severely dented. In Latvia and Estonia, transport services make up close to 8% of GDP, while in Lithuania they make up almost 12% of GDP. More than 7% of employees in Lithuania and in Estonia and around 9% in Latvia are employed in the transport sector. The effect on all exporting and many domestic sectors would be felt due to weaker, if any, growth in the main export markets – Germany and the Nordic countries.

So far, the Baltic economies seem resilient – public finances are healthy, trade is balanced or in surplus, private sector savings are much larger, and financial leverage is lower than it was 10 years ago. Still, as very open economies, they would quickly feel the pinch of further global trade restrictions. Let's hope that global leaders will not go down this path and will realize that trade wars never have winners.

Exports of goods of Lithuanian origin, excluding mineral products, continue to grow, though at a...

Lithuanian officials say that the US decision to impose tariffs on EU steel and aluminum imports is...