(1)
aA
Global Game Jam is an annual, global marathon for game developers and enthusiasts also held in Lithuania. The event took place across three locations in Lithuania on January 23-25. The purpose of the marathon is to give a platform for professional game developers and enthusiasts. Event is seen as a natural space to meet up, build new relationships, share ideas and craft innovative games. 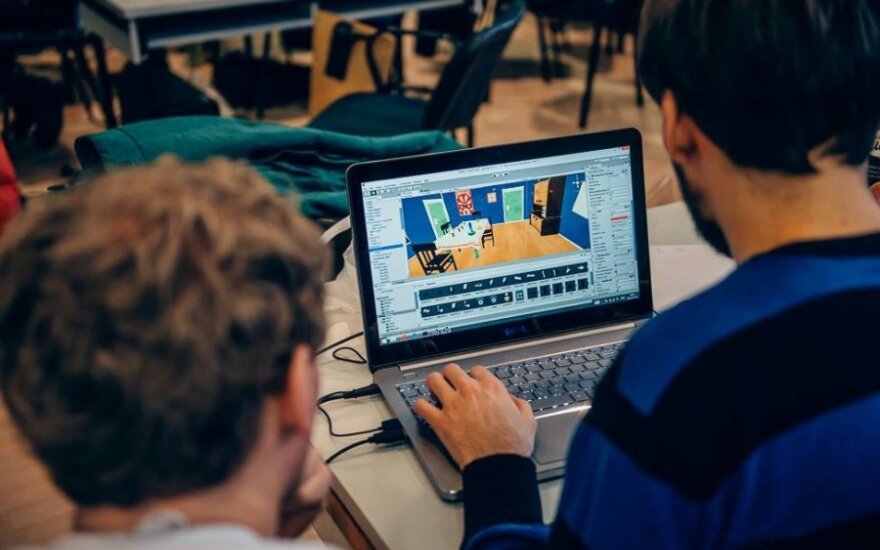 More than 520 game developers and enthusiasts showed up for GGJ keynote and during closing ceremonies 60 new game prototypes were presented. "We noticed a huge potential in Lithuanian game development sector and we must develop it further," said Mantas Nocius, head of Enterprise Lithuania. "Quality of the event, the number of participants, variety of the projects developed — every single aspect exceeded our expectations, and I must note — we aimed pretty high. We see this marathon as an evaluation of our year's work. We will do everything to ensure that next year it will be even greater."

LT Game Jam 2015 organizers focused on promotional campaign prior to the event in order to reach out and attract people from other industries. Writers, musicians, artists and curious people were invited to complement the ranks of local developers. Game Jam format is ideal for people of various crafts to unite and make VR applications, video games and cardboard table top games. This year’s theme "What do we do now?" was extremely broad and open for various ideas.

"This year's theme was presented in a keynotes delivered by independent game developer Mitu Khandaker Kokoris and veteran board game designer Reiner Knizia. It touched many topics, but we clearly heard the calling to ignore known boundaries, free our imagination and make the world a nicer, funnier and more interesting place. I am extremely happy to see that this year's event attracted a lot of young developers with incredibly broad spectrum of ideas. Among the games crafted we saw everything from traditional labyrinth games to bizarre, social provocations," said Gediminas Tarasevičius, director of the Lithuanian Game Developers Association.

Cardboard games among the best

Global Game Jam theme was interpreted widely this year, from complex situation challenges to virtual worlds where players need to figure out their laws and principles in order to overcome obstacles. Game Jam is an area for experimentation while main goal of the event co-operation, rather than competition. All prototypes were presented during the closing ceremonies and participants had a chance to vote for projects that left the strongest impression. Not for the best or the ones with the high production values, but for the most impressive and somewhat exclusive projects. For example, developers in Vilnius voted for a quirky experience in a world of censorship and dictatorship. Players had to recognize possibly incriminating objects and hide them from overzealous Militia. Klaipeda, location known for the exclusively young age of participants, chose a game for the smart devices "Cats’n’Rats" as their favourite, while in Kaunas devs chose cardboard game over computer games.

"We are passionate gamers, not developers, so we came here out of curiosity. We had no plans to create anything, but after hearing the keynote we decided to stay. Since we had no programmers on our team, we chose to do something we could, a board game," remembers Mangirdas Beniušis, one of the creators of the board game that won sympathies in Kaunas.

"We wanted to create a situation in which people naturally ask — what do we do now? We ended up with an idea of a sinking ship, so we developed a dynamically changing game board and created various characters. These characters offer different roles and players are free to choose if they compete or cooperate. We also added few characters based on social stereotypes, while making their abilities as target for mockery and bullying. We wanted our game to satirically reflect social problems and offer emotionally charged gameplay. Who knows maybe that was a cause for the praise our game received," concluded Mangirdas.

In addition to game crafting marathon, some workshops for beginners were also organized at the event locations. Beginners had a chance to attend lectures and gain knowledge while progressing with their projects. Lectures were conducted by local game industry veterans.

You may download and try games made during LT Game Jam 2015 here.