aA
Despite the Ukraine conflict, German companies continue to believe in the good prospects of the three Baltic markets. Nine out of ten German investors participating in the recent survey of the AHK Baltic States would re-invest in the region. 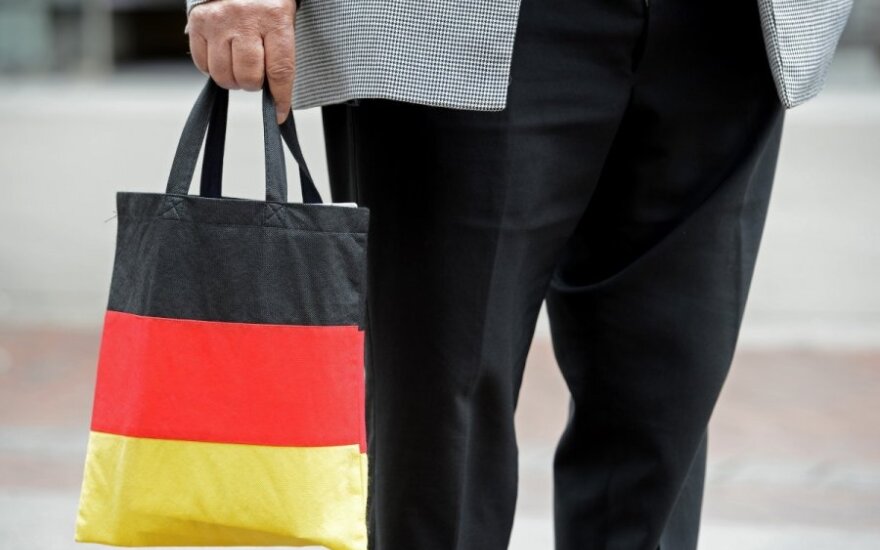 96% of the German companies participating in the survey of the German-Baltic Chamber of Commerce in Estonia, Latvia and Lithuania (AHK) would presently decide on Estonia as an investment location again. In Latvia and Lithuania the commitment is also strong, with 82 and 93% respectively. “This valuation has remained constant over the past decade” said AHK President Thomas Schöllkopf: "The constraints due to the current sanction policy towards Russia cannot disrupt the enduring appeal of the Baltic business locations. All three values have even increased slightly compared to 2014."

Schöllkopf acknowledges that companies operating in the Baltic States have been concerned about the conflict in the Ukraine since its emergence over a year ago. “However, the results of our survey illustrate that the economic situation as well as expectations and plans for the future are still very good.”

The current economic situation in the Baltic States continues to be evaluated as good or satisfactory by the majority of the German companies operating on-site – 2015 being the fifth year in succession. For 2014 the economic development of all three states reached yet again a level clearly above the EU-average. In the national comparison, companies operating in Lithuania evaluate the situation at their location most positively: 61% appraise the current situation as “good” and 37% as “satisfactory”. In Estonia 96% are contented with the situation ("good", "satisfactory"). 88% of the participants are contented with the economic situation in Latvia.

The mood amongst the surveyed company representatives in the Baltic States regarding their own business has remained as consistently positive as in the previous years. 97, 98 and 100% of the participants in Estonia, Latvia and Lithuania, respectively, assess the current situation of their own business as "good" or "satisfactory". Also, confidence in the future remains. Just a few respondents expect a worsening of the situation of their own company in 2015. In addition, 50% of the companies in Estonia and Latvia expect higher turnovers – independently of their assessment of the overall economic development. In Lithuania the assessments are even more optimistic, with 65% expecting an increase.

For the overall economy, however, somewhat fewer companies expect an improvement as compared to 2014. However, 40% of the respondents in Lithuania remain confident that the economy will grow further. At the same time, just a small share of respondents is concerned about the economic situation. The majority expects that the economic situation will remain unchanged. Only in Latvia 33% currently expect a negative change for the Latvian economy.

The cautious optimism for the present year can be explained with the current relations with Russia. In a snap poll about the Crimean crisis undertaken by the AHK Baltic States in June 2014 a first setback of the very optimistic economic outlook of February 2014 was noted. Even with the good assessments for the current economic situation in Latvia, the concerns remain in February 2015. In Estonia and Lithuania, however, fewer companies expect that the situation will worsen compared to the sentiment noted in June 2014. The current economic relations are connected with the question about the impact of sanctions towards Russia: in Lithuania, 60% and 70% in Latvia are already affected or expect to be affected. In Estonia, on the other hand, every second company expects to stay unaffected.

The German companies participating in the survey plan to keep investments at least steady in the present year. "This is a very positive signal," said Schöllkopf. The proportions of those companies, who expect rising investment, remain almost unchanged compared to 2014 with 31% in Latvia and 46% in Lithuania. In Estonia, however, the share of respondents planning to increase investments shrank by 14%, although at the same time fewer companies expect a reduction in investments. In spite of expected wage increases, companies further plan to create new jobs in Estonia, Latvia and Lithuania.

The further improved location factors, which are among the highest in comparison with the other CEE countries, are evidence for the generally high level of satisfaction of respondents with their operational environment. The above-average attractiveness of the three locations compared to the other countries in Central and Eastern Europe is confirmed by the respondents. The euro as single currency is another aspect for the positive evaluation of the countries. The new currency is rated as a positive step in the future by the vast majority of respondents in Latvia and Lithuania, two of the newest members of the eurozone.

However, actions by the governments of Estonia, Latvia and Lithuania are still demanded by the respondents, which are related to the administrative entity, the tax law and the efficiency of the tax authorities. In Latvia and Lithuania, respondents further request a better control of corruption and the shadow economy. Another issue named are the labour market conditions, especially the availability of skilled workers. In addition, the education systems in Estonia and Lithuania also received bad reviews. "In Latvia, this topic is assessed more positively than in previous years, which is surely related to the start of initiatives and pilot projects for the development of a demand-oriented vocational training” said Maren Diale-Schellschmidt, CEO of the German-Baltic Chamber of Commerce. "Elements of the German dual system of vocational education are included in the process. As part of our project VETnet in Latvia the German-Baltic Chamber of Commerce is actively involved in the introduction of such a work-based learning."