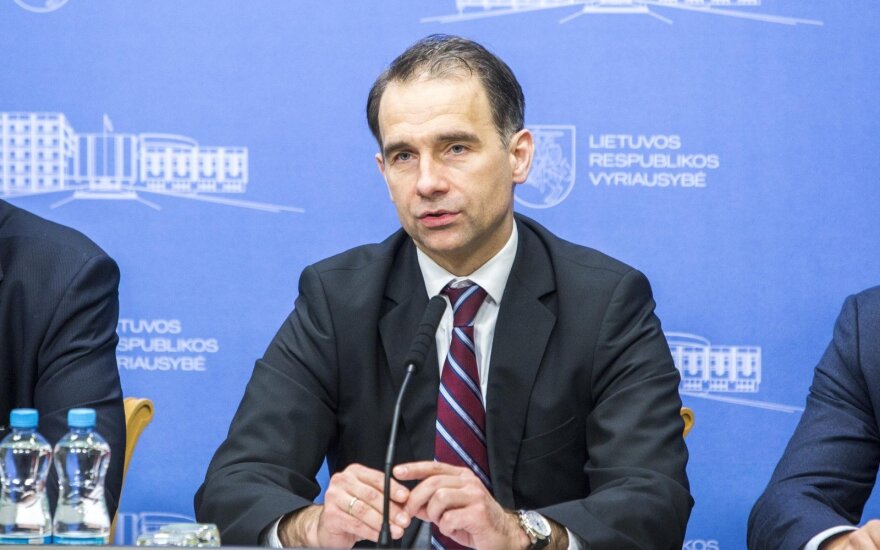 "Political motives are no longer relevant. It is economic ones that matter. We can see that LNG suppliers are the winners for now. If Gazprom shows more flexibility, gas will be purchased from it," he told BNS.

The minister did not rule out the possibility of Lithuania importing gas solely by ships via the Klaipėda LNG terminal after using up around 300 million cubic meters of gas that Lietuvos Dujų Tiekimas (Lithuanian Gas Supply) did not purchase last year under its long-term contract with Gazprom, which expired in late 2015, and will buy this year.

"There are possibilities. As to indications, it is hard to say. If we fail to agree (with Gazprom) on a commercial basis, it will be so," said Masiulis, who met with Achema's top executives earlier in the day.

However, the minister told BNS that he could not say exactly what gas prices Gazprom was offering for Lithuania. He said that he had only been informed that Statoil offered lower price.

"We can see that Statoil is a long-term partner. Thus, we invite both Statoil and other market players to Lithuania and want to create the best possible conditions for them. It is difficult for me to say how much this has contributed," he said.

Since early 2015, when the Klaipėda LNG terminal launched commercial operations, the state-owned gas trade company Litgas has acted as an intermediary for the supply of Statoil's gas to Achema based on short-term contracts in an effort to ensure that the LNG facility should operate at maximum capacity and thus ease the burden of maintaining the terminal for other natural gas consumers.

Litgas itself has recently completed talks with the Norwegian supplier on a revision of their long-term gas purchase contract.

Consumers will not see a big drop in the price of their gas following a new deal between Lithuanian...