Gas rebate model is not functioning in Lithuania

ELTA EN
aA
Energy experts say that the model applied to consumers by state enterprise Lietuvos Dujų Tiekimas for recovery of overpayments for gas, which accumulated from January 2013 through April 2014, is faulty. Energy experts arrived to the conclusion after calculating that Lietuvos Dujų Tiekimas, company engaged in gas import and sales, returned in January-July 2015 only EUR 2.5 million of the EUR 34 million of overpayments. 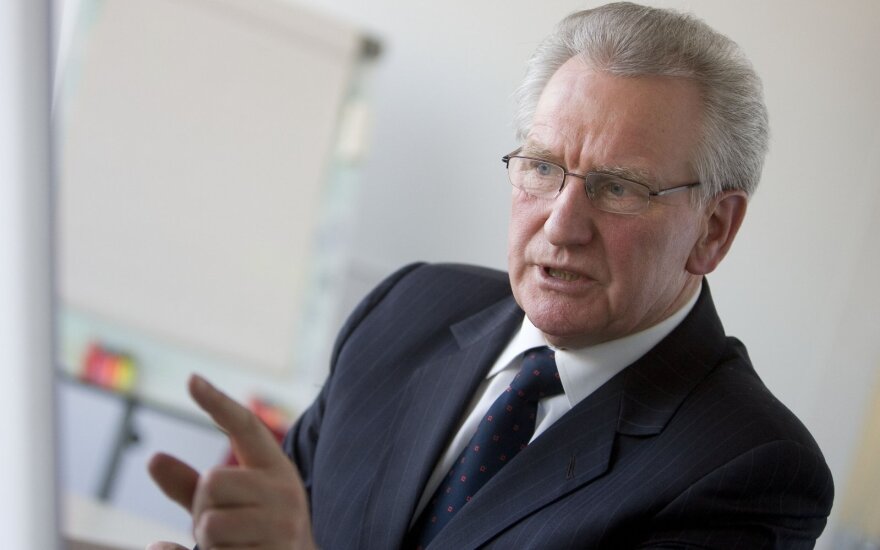 "Our predictions have come true - funds are being returned sluggishly and this, unfortunately, does not have a noticeable impact on heat price reduction," said Vytautas Stasiūnas, President of the Lithuanian District Heating Association.

According to him, the applied rebate model is not functioning. Heating companies consume too little natural gas supplied by Lietuvos Dujų Tiekimas, thus the volume of discount for gas is too little. Gas consumption has decreased not only because of conversion of fuel but also due to the obligation to purchase gas from the Liquefied Natural Gas (LNG) terminal.

"In some towns so little fuel supplied by Lietuvos Dujų Tiekimas is used that, based on the current rules, overpayments would not be recovered even if the company supplied gas for free," said Stasiūnas.

Some heat supply companies have fully or partially shifted to using biofuel, thus their demand for gas has decreased compared to 2013, when overpayments accumulated.

Stasiūnas says it is socially unfair that towns in which Lietuvos Dujų Tiekimas did not win gas supply contracts this year have not received a single euro in rebates, although considerable amounts were overpaid there. Residents of neither Šiauliai nor Panevėžys received rebates from the company. Vilnius residents received around 10 percent of the EUR 19.4 million of overpayments, while Klaipėda just 6 percent of EUR 2.5 million. The situation in other towns is similar.

"With the heating season approaching, we again return to the demand to create rules that would allow heat consumers to recover overpayments within a year or two. The returned funds would be at once used to reduce tariffs, hence heat price should decrease by at least 20 percent," said the president of the Lithuanian District Heating Association.

The Government decided that the discount for natural gas only applies to gas acquired by heat supplying companies from Lietuvos Dujų TIekimas. The discount will be applied in 2015 and 2016, with a possibility of extension in 2017.

Russian energy company Gazprom applied a 20.95 percent discount on natural gas price paid in Lithuania from 1 January 2013 to 30 April 2014. Heat consumers' overpayments were transferred to energy company Lietuvos Dujos, but have not been recovered by residents yet.

It is estimated that after Lietuvos Dujų Tiekimas took over gas supply activities from Lietuvos Dujos, its debt to heat consumers still exceeds EUR 30 million.