From barbershops to laundromats: Western services are gaining popularity in Vilnius

DELFI EN
aA
Walking through the streets of Vilnius today, one would not only see cafes, restaurants or shops. More and more signs inviting passersby into barbershops, laundromats and places serving late breakfast can be seen. The presence of such services, which up until recently were only seen in foreign cities, has significantly grown in the capital of Lithuania. As a result, small businesses continue to look for new niches and opportunities to get their share of the cake. 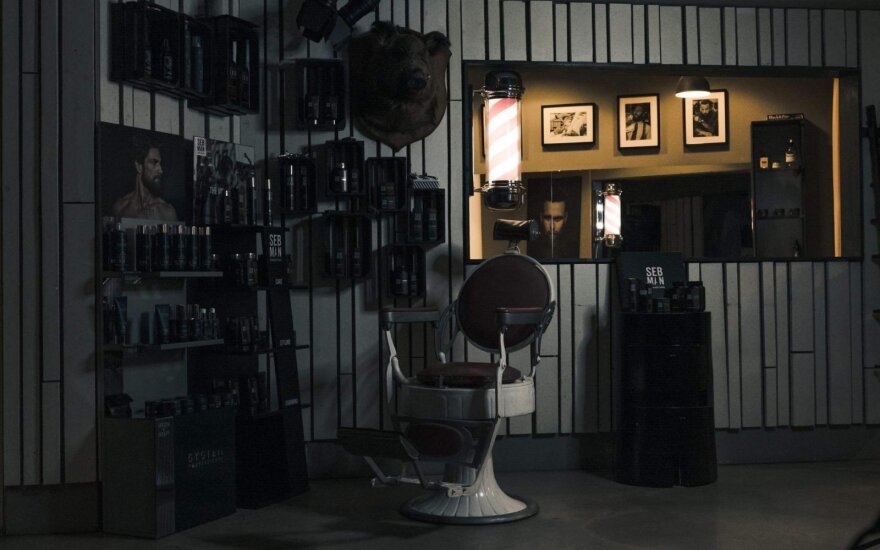 Domas Jagminas, a partner at Solid Real Advisors, says that demand for these services largely depends on consumer habits. According to him, at least in the larger cities, consumer habits are changing and starting to look more like Western ones.

“People have less and less time and because of this they want access to a variety of services as close to home as possible. For example, not only are people going out for lunch and dinner more these days, they are increasingly going out for breakfast too. Restaurants geared at serving lunch see the flow of people steadily increasing. Nowadays it is not just the office workers, but also moms with children that eat lunch out. Eating out is in many cases seen as the faster and more convenient option. As the living standard of Lithuanians improves, more and more residents can afford that,” says D. Jagminas

According to him, the flow of visitors is increasing even in places that have been open for years. This shows that people's habits are changing and the culture of eating out is growing in popularity.

“Another trend driving the development of service facilities such as self-service laundromats, is the decline in residential space. People prefer smaller flats, but a good location in or around the city center with easy access to the workplace, entertainment and service infrastructure. This makes it impractical to store a lot of items at home. Why load your apartment with washers and dryers if you can use the laundromat downstairs?” says D. Jagminas.

Rimantas Šimkus, director of the self-service laundry network Londris, which operates in Vilnius and Kaunas, says that residents of Lithuanian cities have grown accustomed to the service, which has long-standing traditions abroad.

“The need for self-service laundromats is certainly not massive, but it exists and is very specific. Our customers aren’t as much rushing somewhere as saving time. This is the type of city people we are focusing on. Today, people are becoming more mobile, are living in smaller spaces and have a genuine need to comfortably tackle certain household chores such as laundry. Our services facilitate this need. In addition, we strive to offer smart, digitized solutions that will allow our customers to get maximum convenience and enable us to manage business processes more efficiently,” says R. Šimkus.

According to him, new opportunities to expand the self-service laundry network are popular. In order to minimize the amount of time a person takes in the laundry room; an additional service is offered that allows the customer to simply leave their clothes in special lockers at the laundromat and come in after a few days to retrieve them cleaned and ironed. Laundry pick-up and home delivery services are also provided.

R. Šimkus says that the laundromat network was primarily aimed at places where new buildings and neighborhoods are being built. According to him, laundry facilities must meet certain hygiene requirements, so there are limitations as to where they can be opened. 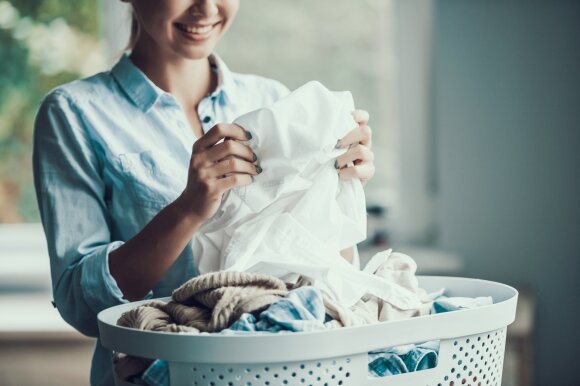 “As we gradually gained experience and learned what worked best, we started opening up in other places that were not new buildings. Today, we have nine laundromats in various locations in Vilnius and one in Kaunas. We still see the potential of expanding our network and opening new laundromats in neighborhoods where they do not yet exist. The supply of suitable premises is certainly one of the most important factors of our expansion plans,” says R. Šimkus.

Barbershops are growing in popularity

Another well-established and popular service that makes Vilnius look more like Western European capitals are barbershops. According to D. Jagminas, the popularity of these services spread very quickly in Vilnius and as of today the capital has a couple dozen of such salons.

“This can again be ascribed to changing habits and the emergence of a new culture. It is becoming commonplace for men to leave the house for their grooming needs. Several years ago, beard trimming services found their niche in Vilnius. They were soon followed by barbers that also provided haircut services for men,” says D. Jagminas.

According to the real estate expert, some Vilnius barbershops are located in really good and convenient places. Such salons typically feature an impressive interior and excellent customer service. This allows these establishments to attract a great number of customers, and as a result it is even easier for them to sustain themselves than some of the old town cafes and restaurants. 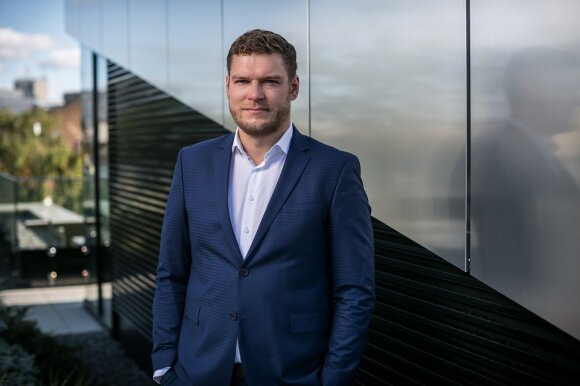 "Barbershops in the old town have a certain advantage over cafes and restaurants when it comes to matters like high rent in the city. They are less complex and expensive operations to run and do not require very high working capital. Additionally, the target segment for these businesses is usually found in the middle- and upper-income bracket. Thus, the chances of such businesses to thrive in the old town of the capital are very high,” says the partner at Solid Real Advisors.

According to him, migrants who came to Lithuania from places where such services are more widespread also had an influence on the booming popularity of barbershops and shaving salons. Some residents are deliberately choosing the salons that are staffed by people from the Middle East, which is known as a region that places high importance on the craft of shaving and cutting men’s hair.

Sought after by clients that then tend to return

Raimondas Pasternackis, founder of Woxx Barbers, one of the first men’s hairstyle and shaving salons in Vilnius Old Town, says that the concept was based on what he saw in Ireland. Seven years ago, the concept was completely novel in Lithuania. It was no surprise that it quickly gained interest.

“We had been doing haircuts for a while in Ireland, where we were living at the time. Around the same time there were no such salons in Lithuania, so we decided to try this concept out in Vilnius. Today there are about three dozen similar barbershops in Vilnius. Some are more youth-oriented and urban in their style, others offer Middle Eastern authenticity, while others still are more reminiscent of higher-end beauty salons, but are tailored exclusively to men," says the founder of Woxx Barbers.

R. Pasternackis says the place where the salon is currently located is good, but not ideal. The premises are on the second floor. It may be difficult to notice from the outside if one doesn’t know where to look. Their sign is not large due to the strict old town regulations. Nevertheless, the barbershop experiences no shortage of clients.

“Clientele of such salons is in most cases very loyal to a particular place or barber. It is often the case abroad that generations of the same family visit the same barber. We too, already have clients who not only regularly visit themselves, but also bring their sons. Many of our clients find us through recommendations of their friends, which makes it less important for us to be easily noticed or to have large displays in our windows,” says R. Pasternackis.

According to him, traditionally barbershops were commonly located away from the main streets of cities, and found in secluded areas, often not in the most prestigious of buildings. In most cases, such businesses focus less on customers coming from the street and lean heavier on a network of returning clients.

There is a shortage of smaller-scale properties

According to D. Jagminas, suitable premises for establishing new services in Vilnius are still relatively easy to find, unless they are subject to very specific requirements. However, it is much more difficult to find small-scale properties, which are often sought after by cafes, restaurants, hairdressers, beauty salons and other service providers.

“As a result, we are likely to see more and more cases in which large premises are being split up into smaller areas or simply shared by multiple tenants. For small businesses, this model is really beneficial because it allows them to get the space they need. At the same time, the concentration of various service providers and institutions attracts more visitors,” says D. Jagminas

According to the expert, the greatest need for the development of service infrastructure in Vilnius is currently being felt in the central parts of the city, where one or several new residential quarters are being built, for example Naujamiestis and Užupis. According to him, as the demand grows, the number of different service providers in these areas of the city should also increase.

Hotel market reaches limits for some locations, whereas others still have untapped potential

Inviting foreign guests or business partners to Vilnius today, you should have no problem finding...

Personnel levels in Lithuania’s shared services sector have increased by 12% this year. And with 7...

SAI Global to open Centre of Excellence in Vilnius