the Lithuania Tribune
aA
The Lithuanian labour code is outdated and is constantly drawing criticism from both foreign investors and international organisations, the Investors' Forum said yesterday. 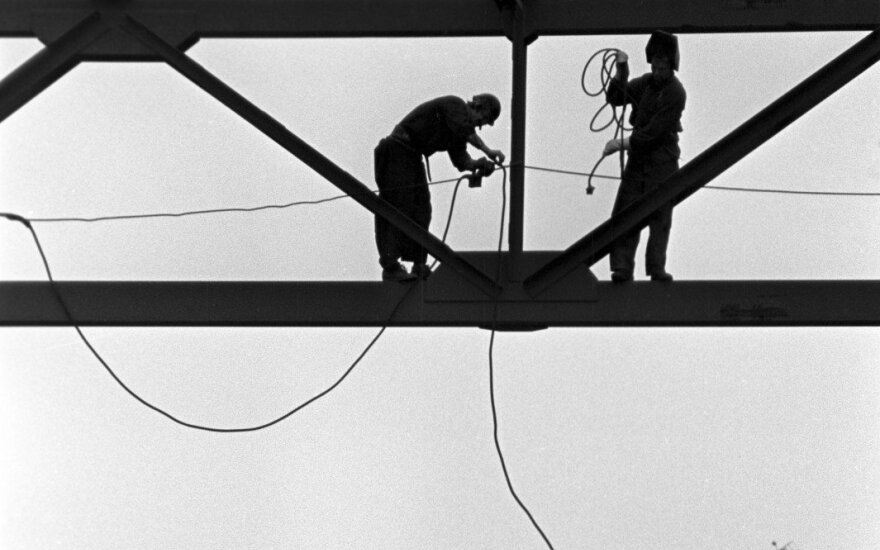 The Forum published a report show that almost 47% of investors face problems with the labour code either often or constantly in Lithuania.

“The current Labour Code does not meet the demands of the market and has been constantly criticized both by investors and international organizations. Lithuania managed to reach a 13th position in the Economic Freedom Index, however, the labour regulations once again received very poor ratings,” said Rolandas Valiūnas, the chairman of the Investors’ Forum.

“We are glad that the Government keeps supporting the reform and Parliamentary readings are coming to an end. Hopefully, political leaders will manage to avoid populism and agree on strategic reforms since the failure to adopt the new social model might strongly undermine investors’ confidence in our economy,” he said.

Participants in the ICIL survey unanimously stressed that if the Lithuanian Government was to achieve only one single goal in 2016, it must be a successful reform of labour laws.

However, with upcoming elections to the Seimas, investors are concerned about the will of the ruling coalition to sustain a strong strategic line - 29% of respondents believed that political stability would diminish in the near future.

However, foreign companies in Lithuania started 2016 full of optimism with the Investors’ Confidence Index (ICIL) exceeding the record–highs of the previous quarter.

As many as 98% of CEO’s are expecting to sustain or further increase both the profitability of their companies and demand for products or services. None of the companies participating in the survey intend to reduce export volumes and almost half of them (45%) plan to increase the number of employees.

In spite this high optimism, another cause of investors’ concern is the level of business transparency. 79% of respondents expressed a belief it is an area demanding special attention and improvement and said that current efforts to increase transparency are not satisfactory.

“It is interesting to note that investors are focusing less on labour costs. It was indicated as the main competitive advantage of Lithuania by only 48% of respondents, while two years ago the number was as high as 74%. Obviously, in order to maintain or increase the amount of FDI we will have to rethink our strategy and focus not on the low cost of labour, but rather on qualification and the talent pool. Around 45% of investors believe that the talent pool is Lithuania’s main competitive advantage,” said Vytautas Ulozas, Investors’ Forum analyst.

However, the lack of qualified labour is a real challenge with as much as 57% of investors admitting they face the problem.

“Comprehensive education system reform, improved immigration policies, and a more flexible labour regulations would improve the situation. It takes some years to develop specialists of sufficient qualification, but we need them already today,” said Ulozas.

Members of the parliamentary Social Affairs and Labour Committee have divergent views on whether the...

High-earners should have more latitude to negotiate employment terms with their employers, a...

The majority of foreign companies operating in Lithuania no longer consider Lithuania a low labour...

Foreign investors in Lithuania have started the year optimistically, with most expecting to increase...