Flows of Russian tourists sharply down in Lithuania

BNS
aA
The number of Russian tourists in Lithuania is on a sharp decrease, the commercial TV channel LNK reported on Saturday. According to the news broadcast, forecasts are very dim for Christmas and the New Year's Eve, periods that would normally attract large flows of Russians to Lithuania. 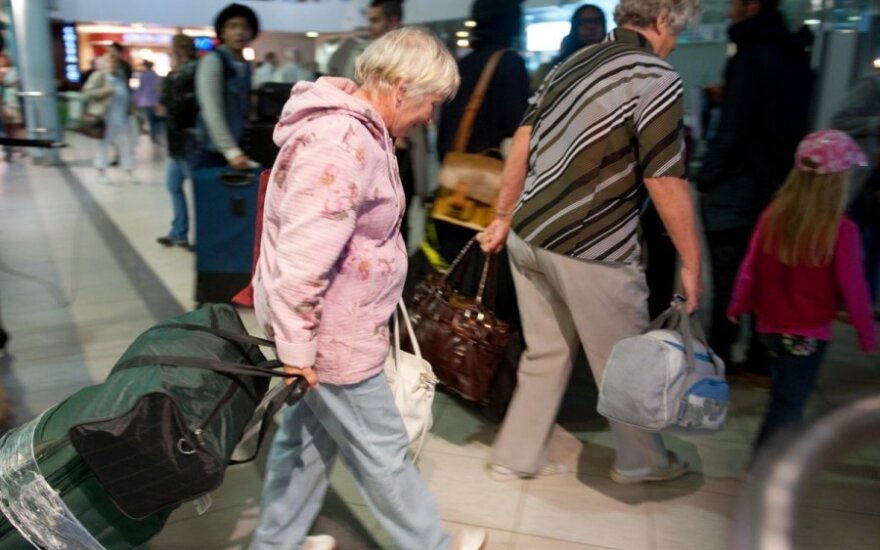 Meanwhile, the number of visitors from Ukraine is rising. However, the Ukrainian tourists planning to come to Lithuania for the New Year's Eve want the parties in hotels to be free of Russian visitors.

Danutė Mažeikienė, the head of the Lithuanian Tourism Association, says the Tourism Department has so far been too focused on the Russian market and somewhat ignored other countries.

Related articles
Lithuanian travel agencies say they have not lost business due to Ebola virus  (1)
Japanese tourists in Lithuania: Shocked by culture of sunbathing and abundance of space  (1)

"As a matter of fact, this is the market that we aimed for," said Mažeikienė.

"The CIS countries – Russia and Belarus – are merely two of them, and the focus was in relation to the benefits they bring in terms of money and tourists, and I think the attention was far too sparse," Balnienė said.

According to calculations, top spenders in Lithuania include tourists from Great Britain, the US, Germany and Russia, spending, on average, 1,500 litas (EUR 434.8) per stay.

Lithuania's major travel agencies maintain that the spread of the Ebola virus in western Africa has...

Japanese tourists in Lithuania: Shocked by culture of sunbathing and abundance of space (1)

For the last 10 years Vitalijus Milkovas has been working as a tour guide for Japanese groups - he...

What do foreigners know and think about Lithuania? (4)

What do foreigners who have ever stayed, lived or are currently living in Lithuania think about the...

Lithuania to promote tourism among Ukrainians

This Friday in Kiev, the State Tourism Department of Lithuania (VTD) and the Lithuanian Embassy in...