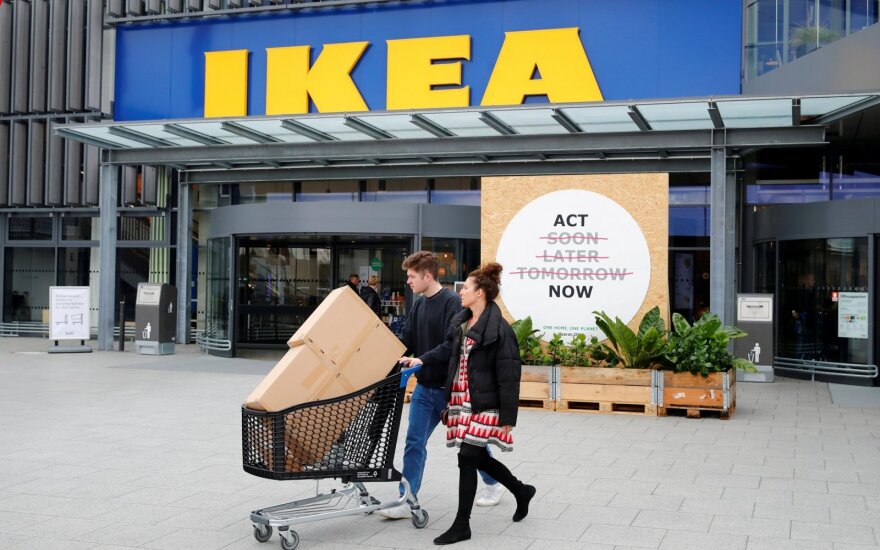 Representatives of IKEA in the Baltic states told BNS the company decided to suspend all purchases from Grigeo Klaipeda, meaning that five non-identified IKEA suppliers in Lithuania are suspending cooperation with Grigeo Klaipeda.

"We are treating this information very seriously," IKEA told BNS. "All suppliers are audited, with prior notice or without, to ensure that they are sticking to our requirements. Moreover, IKEA suppliers must comply with local legislation and act responsibly while treating chemical waste."

One of them is the SBA group. Its vice president and board chairman of SBA Baldu Kompanija, Egidijus Valentinavicius, told the 15min.lt website the company suspended purchases from Grigeo Klaipeda for an indefinite period.

Jonas Krutinis, head of Vilniaus Baldai, which sells 100 percent of its products to IKEA, told the new website that his company decided no longer buy products from Grigeo Klaipeda and will buy it from Polish and Dutch suppliers.

BNS was not able to contact Tomas Eikinas, head of Grigeo Klaipeda, on Friday.