EN.DELFI
aA
Lithuania's image on the international scene is promising: in 2017 alone, 35 fintech companies were established here, and a few weeks ago the 16+1 Heads of Government of China and the countries of Central and Eastern Europe agreed to set up a financial technology coordination centre and organise a high-level fintech conference in 2019. 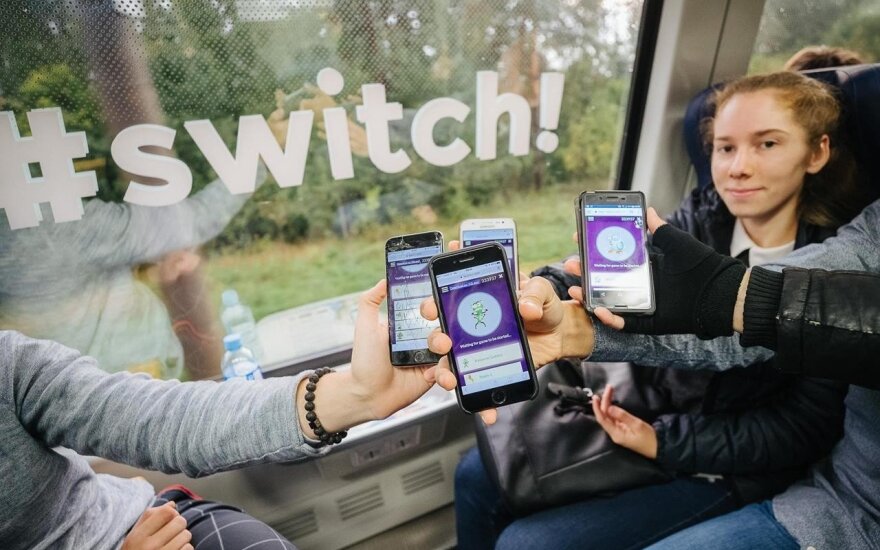 Fintech is particularly relevant in today’s market, so perspectives on Lithuania's leadership in financial technologies, development guidelines and opportunities will be discussed at the largest ICT and entrepreneurship event in Baltic States #SWITCH! on the 20th of September in Vilnius.

In the recent years, a number of legal acts have been approved that enable innovations in Lithuania, including P2P (the peer-to-peer networking model, in which the exchange of resources takes place directly between users), inter-lending platforms, remote identification, payment services, electronic money and cybersecurity. The central bank of the Republic of Lithuania has introduced a novel regulatory sandbox, as well as presenting the Newcomer programme for financial technology companies that wish to operate in Lithuania, enabling close cooperation with new market entrants through consultations.

According to Vilius Šapoka, Minister of Finance of the Republic of Lithuania, although Lithuania only presented its aspiration to become a leader in financial technology field in the Baltic and Nordic region in April last year at the global fintech conference in Paris, representatives of some countries at a fintech forum several months later already inquired about the ways to reach our level. The same request was received from colleagues in Singapore and South Korea a couple of months ago.

“Lithuania’s fintech centre is considered to be among the most progressive not only in the region, but also throughout Europe. This is a message that we can enjoy and be proud of. In Lithuania, all institutions are closely cooperating in areas of financial market supervision, cybersecurity and anti-money laundering. A combination of a balanced, secure, managed environment and manageable risks is a rare thing. We also have many talented enthusiasts and experienced fintech professionals, especially in relation to ICOs (initial coin offerings or initial offerings of cryptocurrency). Lithuania is one of the first countries in the world to establish regulatory, tax, accountability and money-laundering-prevention guidelines. In these areas, we are ahead of most countries by several years," says V. Šapoka.

MEP Antanas Guoga, who visited Seoul at the end of August, agrees about the high regard for Lithuania in the area of fintech. "During the meeting, the city’s mayor, Park Won Soon, was primarily interested in the fintech arena in Lithuania. Seoul is one of the most advanced cities in the field of digitization, so learning from South Korea and other Asian countries is incredibly important," said A. Guoga, who went to South Korea’s largest technology event to present initiatives of the European Parliament and Lithuania in the field of blockchain technology.

According to the MEP, the Mayor of Seoul has been invited to visit Europe this October and is particularly interested in the Blockchain Centre Vilnius and the entire blockchain ecosystem.

Skycop, a start-up that grew from a small to medium-sized enterprise (c.a. 100+ employees) within a year, is a prominent example of successful implementation of innovative ideas. The Lithuanian-made platform helps airline passengers travelling to or from Europe to secure compensation for cancelled or delayed flights. Jurgis Petrošius, Head of Investor Relations at Skycop, old hand at finance and aviation, says that perspective fintech businesses have great prospects in Lithuania to settle and grow - we just need to make sure that conditions offered are more favorable than those in foreign markets.

"It is not uncommon for Lithuanian regulators to contradict themselves – some are calling for the establishment and development of international businesses in Lithuania, whereas others, instead of creating more favourable legal and fiscal systems for start-ups or established companies, are creating a number of deterrent barriers, reducing the attractiveness of Lithuania as an investment environment. Timely and favourable regulation can also be considered an innovation, or at least part of it. If Lithuania's regulators cooperate more closely with innovators in the fintech segment and contribute to the development of innovation, Lithuania could become a centre of financial technology in the Eastern hemisphere in the very near future," believes J. Petrošius.

The need for regulation is a market player initiative

Observing such changes in Lithuania’s financial sector alone, it becomes clear that the growth of financial technologies in the EU’s regulatory environment is a major challenge. Linas Sabaliauskas, a business lawyer and managing partner of TRINITI Lietuva, says that positive efforts are being made at a political level to respond to the market needs and to create favourable conditions for business. Unfortunately, the creation and implementation of regulatory measures that are in line with technological progress take time. In addition, the financial sector is strictly and fully regulated by EU law, meaning that individual countries are put into certain frames and, despite the efforts of national authorities, often lack the ability to take independent action.

"Observing the actions of the Lithuanian Ministry of Finance and the Bank of Lithuania, there is no doubt that they are aimed at winning a competitive struggle and creating a centre of attraction for financial institutions – but coming back to how a strong financial market is regulated and supervised, the means to achieve such advantages are limited. Of course, it is important to find out and use what is allowed or not regulated at EU level. Moreover, it is very important that other state entities follow the example of these institutions, as that is the only way to create a legal environment suitable for a successful business," says the lawyer.

According to Skycop representative J. Petrošius, innovation usually comes first, and power figures then decide how to solve the problems arising from the application of new technologies. "This process is still not perfect: regulators, with the exception of individual fintech enthusiasts, do not carefully monitor what is going on in the market. Often regulatory demand arises and is conditioned by market players themselves – technology application to the market requires guidelines,game rules and regulatory body that will oblige market participants to comply," says J. Petrošius.

The European Commission itself seems to have the ambition to strengthen the influence of fintech in the global arena in the EU and its member states. In March, The European Commission announced a fintech action plan aimed at turning Europe into a global fintech centre. The plan aims to create the conditions for the financial sector to take advantage of rapid advances in new technologies, such as blockchain, artificial intelligence and cloud services.

According to A. Guoga, the aim is to ensure that markets become safer and easier for new entrants to access. "I expect a lot from this strong movement, because the plan has support at the highest level," the MEP said.

Part of the programme for professionals, that starts at 12.00, consists of a presentation on "Creating Fintech in Asia: why is it booming and what future awaits the sector?" which will be presented by Joe Seunghyun Cho, Co-founder and Founding CEO at LATTICE80,the largest blockchain hub in the World. Immediately after that, at 12.30, there will be a discussion on "What will be the most exciting fintech trends in 2019?" During the panel, insights will be shared by Finance Minister Vilius Šapoka, head of Eastern Europe of the cryptocurrency trading platform Luno Magdalena Golebiewska, Head of Skycop Investor Relations Jurgis Petrošius and TRINITI Lietuva Partner and business lawyer Linas Sabaliauskas. TransferWise Production Manager Alvar Lumberg and Peter Ohrlander, Policy Officer for the European Commission’s Directorate-General for Financial Stability, Financial Services and Capital Markets Union will also share their opinions on the matter.

#SWITCH! the Baltic region’s biggest modern technology and entrepreneurship event, has been held for four years in a row. At the event, Lithuanian and foreign business and society leaders, start-up creators, visionaries and politicians will share their experience, insights and advice.

The main goal of #SWITCH! is to drive the growth of cutting-edge ideas and technologies in Lithuania to help create a modern state that is competitive on the world stage.

Risks in connection to investments in the rapidly growing sector of financial technologies, also known...

Macaw , an award-winning employer and digital solution provider, has selected Vilnius as the location...