Final stretch of NordBalt cable to be laid under Baltic Sea

aA
On Thursday, the works on laying the NordBalt cable resumed in the Baltic Sea. The last 150 kilometres will be laid by the end of this summer, the Ministry of Energy reports. 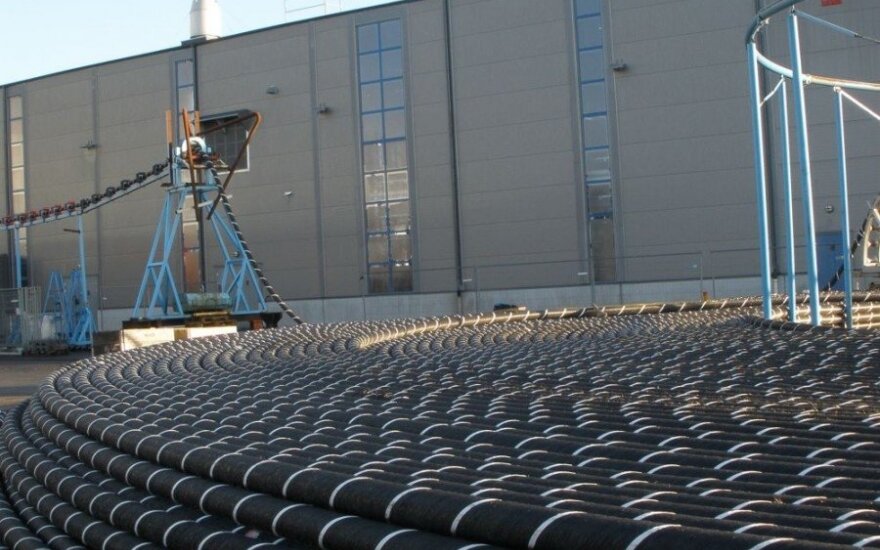 "It's exactly one year now that we have been doing construction work of the international power link with Sweden. During that time three quarters of all the construction work has been done. The challenges for the months ahead are to successfully finish laying all of the cable and to ensure at least minimal protection for all its length in the sea," said Chairman of the Board and the CEO of the Lithuanian electricity transmission system operator Litgrid, Daivis Virbickas.

The remaining 150 kilometres are being laid towards the southeast Swedish town of Nybro, where the second NordBalt direct current converter is being built. In this last 150 kilometres the NordBalt cable will cross the NordStream gas pipeline. At the crossover point a special protective layer will be built over the pipeline and then the cable will be laid on top of this.

The cable-laying vessel Topaz Installer carries two high voltage direct current cables, each 50 km long, and a fibre optic cable for long-distance data exchange. They are lowered onto the seabed at the same time. During this season the Topaz Installer will lay a total of 150 kilometres of the power connection in three runs.

The underground cable laying between Curonian Spit and Klaipeda transformer substation was completed last autumn. By the village of Kiškėnai work is proceeding rapidly on the construction of a direct current converter. It is now being installed with the equipment that will convert direct current into alternating current used in the power grids of Lithuania and Sweden.

The NordBalt cable will be the world's longest high voltage direct current extruded cable. It has been specially designed by the global technology company ABB in response to an order placed by Lithuania and Sweden. It consists of a compact aluminium conductor with 11 layers of insulation, which protects the conductor from salty seawater and other external influences. In some sections of the cable an optic fibre cable is added. This will help to manage the cable and to control its parameters, such as temperature.

The first electricity "bridge" with Sweden will start to operate in December. On a warm summer day the 700 megawatt NordBalt cable can meet more than 90 percent of Lithuania's energy needs.