Invest Lithuania
Revel Systems, a rapidly growing developer of innovative iPad point of sale payment systems based in the US, is establishing a division in Lithuania. Having recently attracted 100 million US dollars of investment from New York based venture capital fund Welsh, Carson, Anderson & Stowe and other strategic investors, the company plans to establish a division in Lithuania to expand its team of IT engineers and to distribute products in the EU. 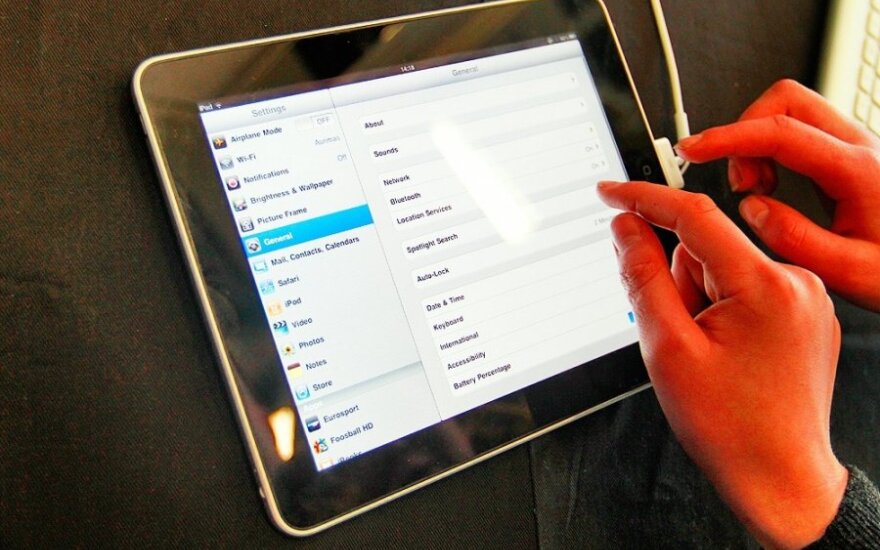 Revel Systems, established in 2010, develops point of sale payment software based on cloud computing solutions which is used with iPad tablets, cash drawers, scanners, scales, printers and other epos equipment. The system allows standard payments to be made and also performs a variety of other functions, including collating financial data and measuring levels of employee efficiency and customer service.

According to Chris Ciabarra, co-founder of Revel Systems, the company has 10,000 terminals deployed and is looking to triple that in 2015. Currently, Revel Systems’ products are used at retail buisnesses, restaurants and stadiums. Major firms such as illy, Dairy Queen, Smoothie King, Qantas Airlines are current users of Revel Systems’ iPad POS. The company’s divisions around the world employ about 200 people.

With the new USD $100 million investment granted in November, Revel Systems officially became the market leader of new generation of point of sale software. The investment allows the company to further improve its iPad POS cloud offering, as well as broaden the geography of its operations, including development of the Lithuania office.

“Revel has had a deep connection with Lithuania starting from the early phases of the company. We hired a talented Lithuanian engineer as our very first developer who is now leading our team of Lithuanian programmers. Demand for Revel Systems iPad POS is constantly growing, and it is difficult to find highly qualified IT engineers in the US. As a result, we decided to expand our current team in Lithuania. We also plan to establish a support and fulfillment centre in Lithuania to meet the demand in the local market. To start, Revel Systems will continue to develop our software, payment features and third party integrations. Our Lithuanian specialists will also be able to provide prompt support to customers in Europe,” says Mr Ciabarra.

According to Justinas Pagirys, Director of the Investment Development Department at Invest Lithuania, a foreign investment development agency, the fact that such a rapidly growing company chose Lithuania confirms that global awareness of Lithuania’s range of competences, as well as its growing investment climate.

“The position of Lithuania is changing – we are becoming a natural choice for new, fast growing companies that are looking for quality and growth potential, rather than simply low costs. Revel is an exceptionally fast-growing company that has recently attracted large investments. The fact that Revel Systems chose Lithuania shows that we can offer a business environment well-suited to rapid development”.

In addition, Mr Pagirys noted that Revel Systems’ decision is part of a growing trend for global IT firms to first cooperate with Lithuania specialists, and then decide to invest in larger-scale operations within Lithuania. According to him, this shows that Lithuania is able to offer globally-competitive conditions and competences.

Mats Persson marvels at the changes Vilnius has undergone since his first visit to Lithuania just...

The Ukrainian game development studio Melior Games is opening an office in Vilnius. Half of the Melior...

The first decade in the European Union has been good for Lithuania. There is still much to be done,...

Competition. The small Eastern European country strongly believes that technology and science will...