ELTA EN
Falling stocks in China and other emerging markets will not have a major direct impact on Lithuania, whose export to India, China and the Southeast Asia amounts to less than 1 percent of the total export. What will pose more problems is the decreasing purchasing power in Russia and other countries of the Commonwealth of Independent States. However, cheaper oil will save the situation, says Rokas Grajauskas, Baltic Analyst at Danske Bank. 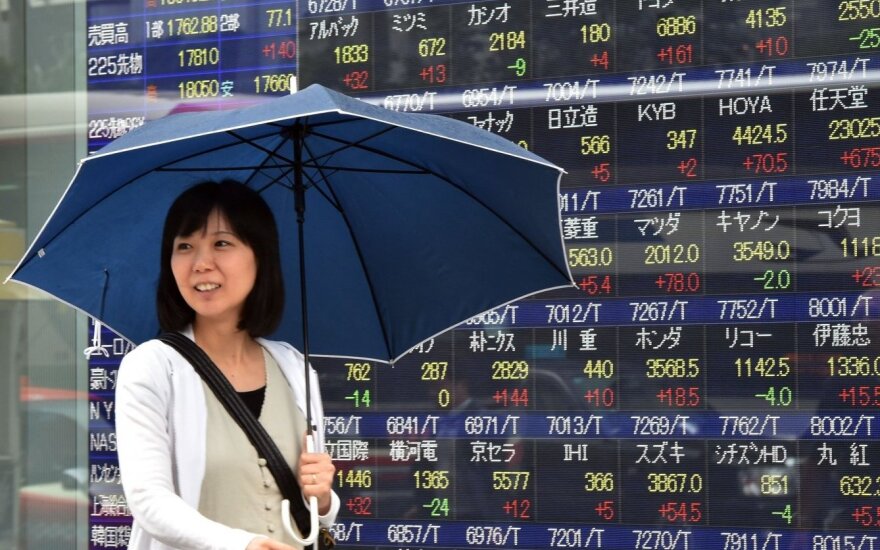 It used to be commonly said, "When the United States sneezes, the rest of world catches cold". Now the saying may be applied to China. When China sneezes, all emerging markets catch cold - especially those economies that are tightly related to China, first of all countries of the East and Southeast Asia, such as Indonesia, Malaysia, Taiwan or Singapore. Even a slight slowdown in China's growth may have a painful outcome for the growth of aforementioned economies. This is reflected by the nervous reaction of the financial market.

What happens to China and other emerging markets will depend not only on the market, but on the Chinese government's response. Markets have already reacted positively to the decision of the People's Bank of China to cut its key lending rate by 0.25 percentage points to 4.6 percent.

The impact of falling emerging markets should not be very significant on Lithuania. China is only 26th on the list of Lithuania's export partners. While Lithuania's exports to India, China and all countries of the Southeast Asia account for merely 0.7 percent of its total export.

It should be pointed out that a bigger threat would be if Lithuanian exporters were deterred from expanding in these markets. There is no doubt that difficulties are temporary, while in the medium and long term these markets will still remain one of the fastest growing in the world. Consumption and the middle-class will be on the rise there. Thus export to these markets should be evaluated from the strategic perspective and should not be pushed completely aside.

China is the second largest oil consumer in the world. Therefore China's economic slowdown is the main factor causing oil price decrease at the moment. On the one hand, this is good news for oil-importing countries such as Lithuania. Decreasing oil and fuel prices not only loosen consumers' wallets and contribute to more rapid consumption growth but also have a better effect on competition.

On the other hand, decreasing oil prices negatively affect economic growth of export partners important to Lithuania - first and foremost Russia and other CIS countries, which recently accounted for nearly a third of Lithuania's total export. As oil prices have slumped to USD 43 per barrel, Russian rouble has jumped to 70 roubles per dollar. Meanwhile, Kazakhstan was forced to devalue its currency by nearly 25 percent. Obviously, as the purchasing power of these countries tumbles, Lithuanian exporters will find it even more difficult to export there. Nevertheless, it should be yet another reason to revise Lithuania's long term export strategy.

As the euro area is finding its feet, there will be more opportunities for Lithuania to export to this crucial market. The first half of 2015 showed that as export to Russia was shrinking, it was counterbalanced by growing export flows to the euro area and Nordic countries. Not only manufacturing industry but service sectors such as transport and tourism are able to reorient.