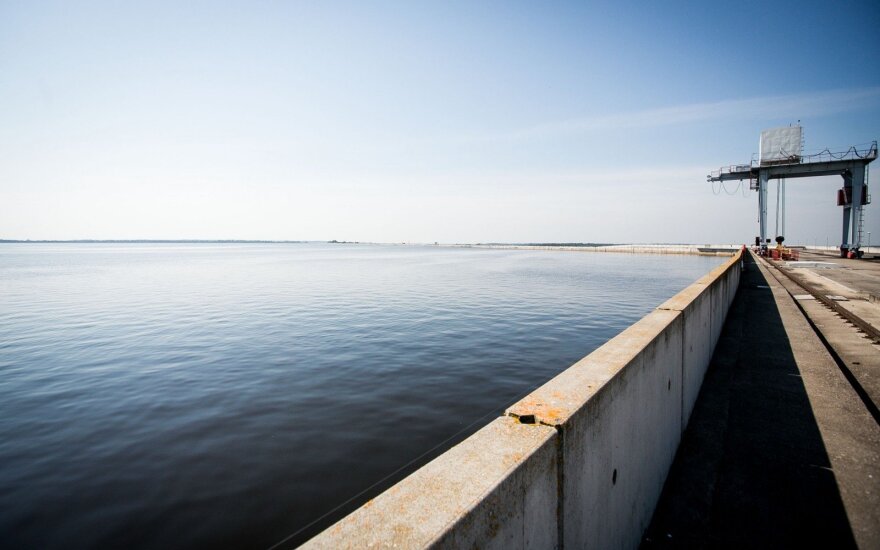 LEG has initiated the project by forming a consortium together with researchers from Kaunas University of Technology (KTU). Consortium has recently applied for European Union funding needed to bring this project to the daylight.

"Development of the green-energy generation capacity and promoting energy innovations are the directions towards which Lietuvos Energija Group has been confidently heading having introduced its strategy LE 2030 earlier this year. The floating solar power plant at Kruonis PSHP is one of the idea that could help Lithuania to become an international leader in renewable energy solutions", - says Darius Maikštėnas, Chairman of the Board and CEO of Lietuvos Energija.

"According to the experts, currently there are approx. 400 pumped storage hydroelectric power plants (PSHP) in the world, most of which does not exploit their reservoir areas any way. Even though the market of floating solar power plants has been recently expanding, there is no solution for the operators of the PSHPs that gets frozen during the winter", - said Prof Eugenijus Valatka, Rector of Kaunas University of Technology.

The floating solar power plant at Kruonis PSHP would be the first of its kind in the region by incorporating unique technical solutions. The area of the upper-reservoir of Kruonis PSHP covers more than three hundred hectares that could be used for its deployment. The solar-plant structure will be designed to adjust to water-level variations, resist to waves and ice.

The solution developed by united efforts of engineers, project management specialists of Lietuvos Energija Group and KTU researchers will deliver added value for the operators of such power plants. Newly developed technology, combined with the large-scale battery storage would enable new services by increasing flexibility of an existing PSHPs.

Project consortium has already taken the first step in implementing this idea – it developed a business plan and applied for co-finance from the European Union funds under the research & development (R&D) and innovation program "Intelligence. Joint science – business projects". The aim of the project is to improve the floating solar power system, adapt it to the operating conditions in the reservoir of the PSHP and to design the system operation model, which would allow the power plant to provide new services.

The current plan of this demo-site project is to install an experimental (approx 60 kWp) power plant and to develop an algorithm, which would independently manage the solar power plant and the electric energy storage unit in view of uninterruptedly registered network and other physical parameters and operating modes of Kruonis PSHP units. Such a system would allow the power plant to provide a reliable frequency control regulation service. This project is scheduled to be completed by 2021.

"Having a collected and evaluated data of the experimental activities of the demo floating solar power plant will help us to adequately assess the idea to cover the whole 300 hectares of the upper- reservoir of Kruonis PSHP by floating solar modules. In case of success this project will deliver an opportunity to discover and take a full-advantage of the synergy of both - solar energy and water flow while providing the services necessary for the electricity system", - says Eglė Čiužaitė, the Chair of the Board and CEO of Lietuvos Energijos Gamyba.

The capacity of the full-scale solar power plant covering Kruonis PSHP upper-reservoir would reach approx. 200-250 MW. This would essentially triple currently installed solar power capacity in Lithuania. In a year, this plant would generate enough electricity to supply more than 120 000 households.

There are more than a dozen different jobs in the IT sector and a future professional is faced with a...