BNS
aA
EU Budget Commissioner Guenther Oettinger promises to help Lithuania to secure further EU funding for the decommissioning of the Ignalina Nuclear Power Plant (NPP), saying that the country would not be capable of bearing such a heavy financial burden on its own. 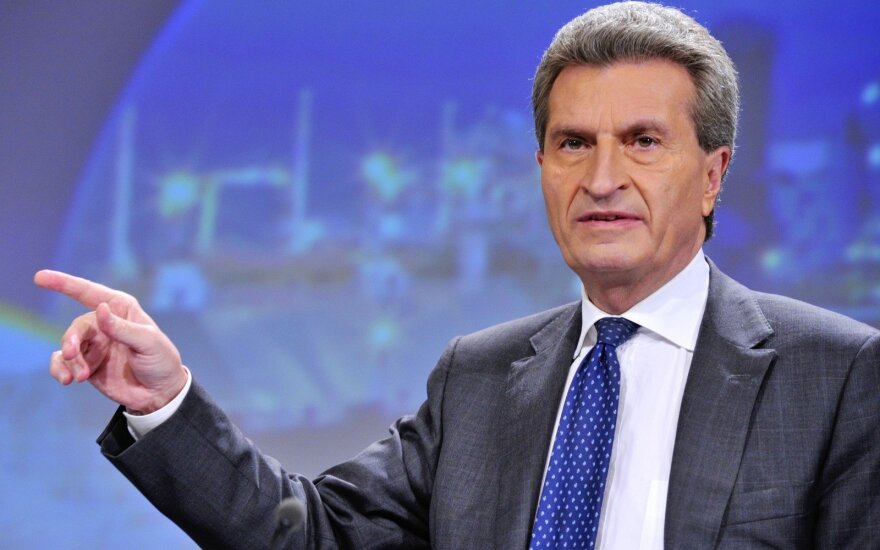 Oettinger said after meeting with members of the parliament's Committee on European Affairs in Vilnius on Thursday that the European Commission is now calculating how much funds Lithuania will need for the decommissioning of the plant.

"For the moment, we are checking the situation and we have more and more clarity (about what) amount of money investment is needed. I am willing to develop an own funding line in the MFF (multiannual financial framework). I need the backing of my colleagues, I need the backing of the European Parliament and the council," the commissioner told reporters.

"But be sure that there will be a fair partnership, because we know that is not fair and not feasible for Lithuania and its budget to stand alone this amount of money," Oettinger said.

"I can assure (you that funding will be provided), but some money is not enough. It is a high amount of money. I am willing to do my best to support Lithuania in a fair and constructive manner," he added.

In line with its EU accession commitments, Lithuania shut down the first unit of the Soviet-era facility, which was considered unsafe by the West, in late 2004 and closed the second unit at the end of 2009. It was planned in 2011 that the decommissioning would be completed by 2029, but the deadline was later extended to 2038.

The European Commission remains committed to providing funding for the decommissioning of Lithuania's...

To secure European support to decommissioning of the Ignalina Nuclear Power Plant (NPP) after 2020,...

EU Energy Union Commissioner Maros Sefcovic says that whether or not Lithuania will secure funding...