BNS
aA
The European Commission sees Lithuania's gross domestic product (GDP) contracting by 7.9 percent this year due to the COVID-19 pandemic and in particular its dampening effect on domestic demand. 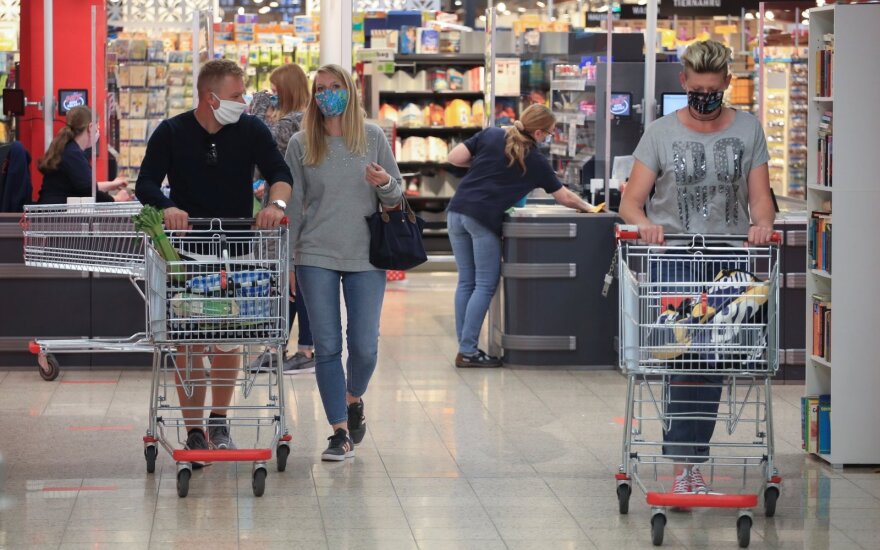 However, the country’s economy should rebound by 7.4 percent next year, the Commission said in its Spring 2020 Economic Forecast.

According to the Commission, the heaviest blow to Lithuania’s economy will be dealt in the second quarter of 2020. However, it expects GDP growth to stage a strong rebound in the third quarter.

Domestic demand is forecast to be negatively affected by declining household income and, as a consequence, limited possibilities to borrow.

Export recovery is projected to depend, in the short term, on the economic strength of Lithuania’s Nordic trading partners.

As estimated by the Commission, private consumption in Lithuania will fall by 9.9 percent this year, and gross fixed capital formation (investment) will shrink by 5 percent whereas public consumption will increase by 1 percent.

The country’s exports and imports should decline by 12.5 percent and 12 percent, respectively.

Lithuania's HICP inflation is expected to slow to 0.8 percent this year amid decreased demand and lower energy prices, before accelerating to 1.5 percent next year.

The unemployment rate is projected to rise by approximately 3 percentage points, to 9.7 percent this year, before going down to 7.9 percent in 2021.

The implementation of the fiscal stimulus plan and the impact of automatic stabilizers are expected to push the general government deficit to 6.9 percent of GDP in 2020. In 2021, however, the ratio should fall to 2.7 percent of GDP.

Meanwhile, the debt-to-GDP ratio is forecast to rise from 36.3 percent of GDP in 2019 to approximately 48.5 percent in 2020 due to substantially larger financing needs. In 2021, the ratio is expected to inch down to 48.4 percent of GDP.

As estimated by the Commission, the euro area’s GDP will fall by 7.7 percent this year before rebounding by 6.3 percent in 2021. Meanwhile, the European Union’s (EU) economy will contract by 7.4 percent this year and recover by 6.1 percent next year.