BNS
aA
If gas supplies from Russia to Lithuania, Latvia and Estonia were to be disrupted, the soon-to-be-commissioned liquefied natural gas (LNG) facility in Klaipėda would ensure the supply for customers in all three Baltic countries, the European Commission (EC) has said. 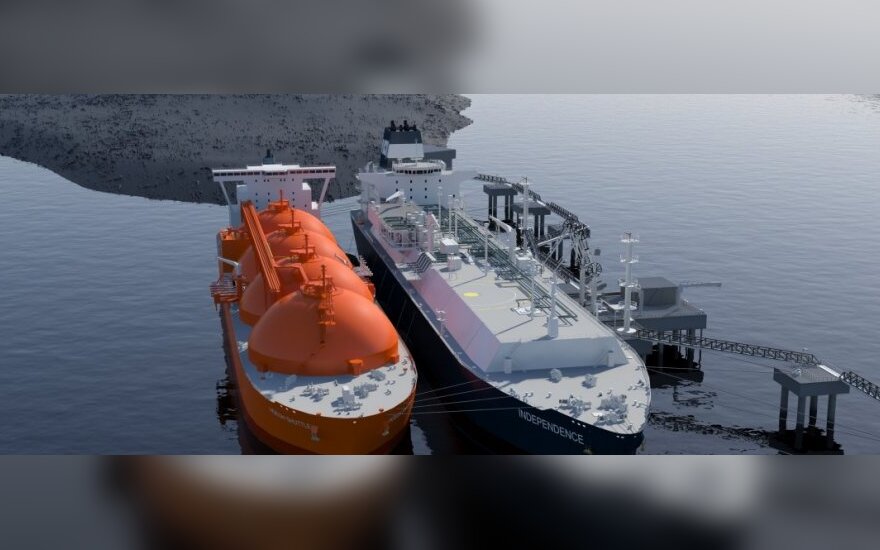 In the scenario of a one-month disruption of all Russian gas flows, there would be important gas shortages for non-protected customers in Estonia and Lithuania, the Commission said in a report on the findings of the Baltics and Finland Focus Group accompanying the Commission’s communication on the short-term resilience of the European gas system.

However, the LNG facility, once put in operation, would ensure the supply.

“Even in the scenario of a one-month disruption of all Russian gas flows, there would be important gas shortages for non-protected customers [those consuming more than 20,000 cubic meters of gas per year] in Estonia and Lithuania. In the absence of the Klaipėda LNG terminal the situation would be more dramatic in Estonia as there would be no gas in their system, including for protected customers [those consuming up to 20,000 cubic meters of gas per year], within 4-5 days,” the report said.

According to the report, in the long term disruption scenarios, all Baltic States will face gas shortages affecting non-protected customers to varying extents. Estonia and Lithuania would be most severely affected with more than 80 percent of non-protected customers being possibly curtailed. Part of these shortages, however, could be compensated by fuel switching.

The Commission noted that the role of natural gas in the energy mix in Estonia was less significant compared to Latvia or Lithuania. Still, it recommended to Estonia to sign an agreement with Lithuania on supplies from the LNG facility.

“Finalize before December an agreement with Lithuania for the supply of the protected customers in Estonia in case of an emergency with gas from the LNG terminal in Klaipėda,” the report reads.

Recommendations for Lithuania include the continuation of work on the upgrade of the Klaipėda-Kuršėnai pipeline and measures to ensure the feasibility of fuel switching during emergencies.

Even if Lithuania’s talks with Russia’s Gazprom were unsuccessful, the country would have a way...

Energy Minister Rokas Masiulis says that the price of gas supplied through the Liquefied Natural...

LNG vessel underwent testing on its way to Lithuania