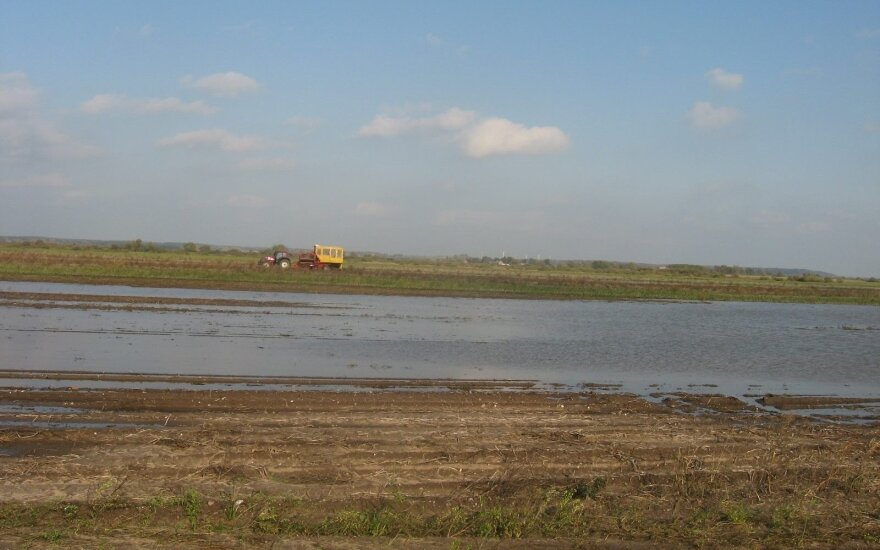 The rainfall devastated crops during the harvesting period in August through October, with extreme damages reported by farmers in eastern Lithuania.

The European Commission earmarked a total of 15 million euros to the three Baltic states and Finland. All four countries will be allowed to add the same size of national contributions. The aid is to be used by the end of September 2018.

According to the government's calculations, the damages incurred by Lithuanian farmers could be around 40 million euros, while farmers say the damage was a few times higher.
Agriculture Minister Rolandas Taraškevičius dubbed the Brussels decision as a sign of solidarity, however, noted that the damages incurred by Lithuania's farmers were much bigger.
"We see this as the European Commission's sign of solidarity with the farmers. Of course, the damages that we have calculated and that are accumulating are far bigger. We realize that the EC could not and did not plan on compensating the damages in full," Taraškevičius told BNS.
In his words, farmers should receive the support by this fall. National support is not envisaged at the moment, however, the possibility is not ruled out.
"There is nothing envisaged in this year's budget, we will look during the course of the year (…). We are working with the crisis management fund and plan to open intensive consultations with our social partners in January through February. We will provide a few models, as we're talking about contribution of farmers to the fund," Taraškevičius said.
The government turned to the European Commission over the damages in October.
BNS
It is prohibited to copy and republish the text of this publication without a written permission from UAB „BNS“.

The European Commission (EC) will have to examine the Lithuanian request for assistance in partial...

Lithuania will recalculate damages caused to the state by heavy rains last summer as farmers' losses...

President Dalia Grybauskaitė says that she has received assurances from European Commission...