BNS
aA
Economy Minister Virginijus Sinkevičius believes that Lithuania benefits from labor immigration, saying that Ukrainians and other foreigners who come to work to the country are not driving down local wages. 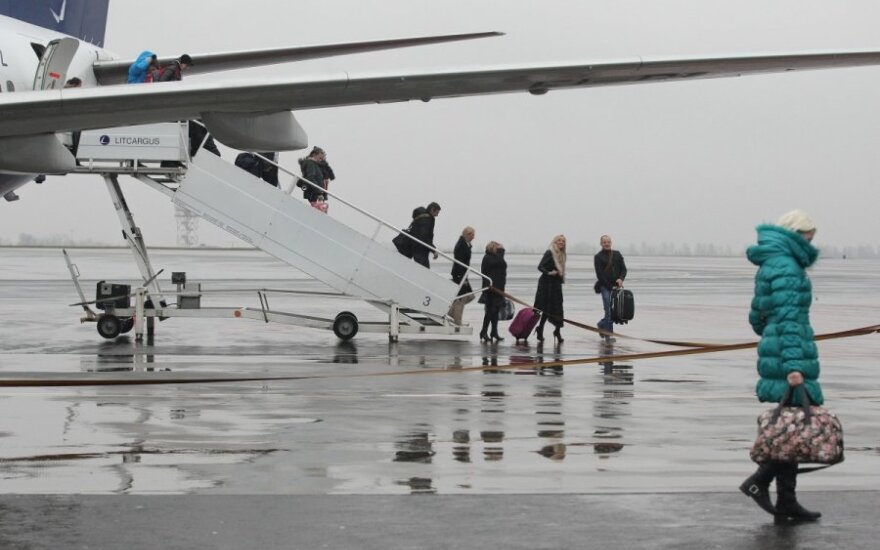 "We are talking about 20,000 people who have come to Lithuania. Eighty percent of them are Ukrainians, who number 16,000. Are these trends alarming? I don't think so," Sinkevičius told Žinių Radijas on Thursday.

"Labor migrants are very important. This is an excellent sign for Lithuanian businesses that they can have plans for development in the country and for foreign investors that this is a safe country," he added.

The minister dismissed as groundless worries that the immigration of Ukrainians will drive down wages for Lithuanian nationals.

"I can give you figures from other EU countries, where immigrant numbers are much higher and where salaries have grown. For example, Denmark, where East European immigrants helped Danes to move up the career ladder. Denmark sees it as a positive thing," he said.

The Migration Department forecasts that the number of Ukrainian nationals coming to work in Lithuania will surge by 30-50 percent next year.

Around 22,200 working visas were issued to foreign nationals, of whom some 80 percent were Ukrainians, in Lithuania in January through July 2018. Another 6,300 Ukrainian nationals obtained residence permits, according to the department.

As Lithuanian construction companies are experiencing a growing lack of qualified specialists, vacant...

Lithuania's immigration rate more than doubled in the first half of this year compared with a year...