BNS
Valdis Dombrovskis, the European Commission's vice-president for the euro and social dialogue, has warned that Lithuania's budget deficit should not increase this year, noting that the EU's executive body forecasts that the country's budget deficit in 2015 will be 0.7-0.8 percentage points above the target. 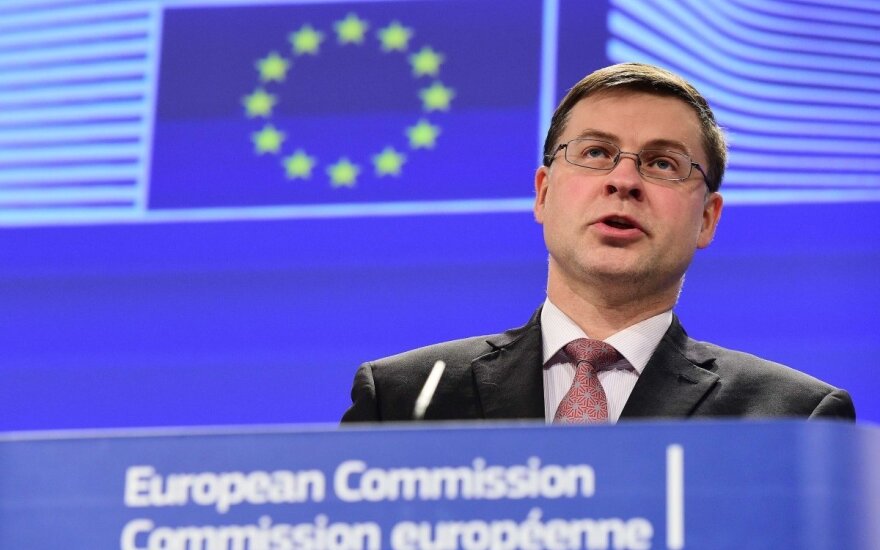 "All countries that have signed the Fiscal Discipline Treaty have to reach medium-term budgetary objectives. In Lithuania's case, it is that the structural budget deficit is not bigger than 1 percent of GDP. Last year the deficit was 1.2 percent, which can be considered as meeting the objective. But according to the European Commission's spring forecasts, this year the deficit will reach 1.9 percent of GDP. So, our recommendations are to avoid this deviation from the medium term objective," he told reporters after meeting with Lithuanian Prime Minister Algirdas Butkevičius in Vilnius on Tuesday.

Dombrovskis said that Lithuania's economic growth rate this year is expected to remain higher than the EU and euro area average.

"Overall, the economy is developing and we expect Lithuania's economic growth to stay well above the European Union and euro area average. The European Commission forecast is about 2.8 percent, but we see that, unfortunately, the conflict in Eastern Ukraine, sanctions with Russia and the economic crisis in Russia are weighing down on economic growth in the whole region," he said.

Lithuania's Stability Program projects a structural general government deficit of around 1.1 percent this year, the same level it was at last year.

In its forecasts released in early May, the European Commission projects that Lithuania's GDP growth will reach 2.8 percent this year and will accelerate to 3.3 percent next year.