EN.DELFI
aA
With unlimited financial possibilities at hand, more than half of Lithuanians would choose to live in a major city – young people are mostly fond of the spirit of an old town and lively city centre, while the older ones would opt for more remote neighbourhoods and suburban areas of major cities. Every sixth resident in Lithuania would choose to live in the nature’s lap, close to a river or lake. The above preferences were revealed by a representative survey carried out by Spinter Tyrimai on the initiative of Citadele bankas. 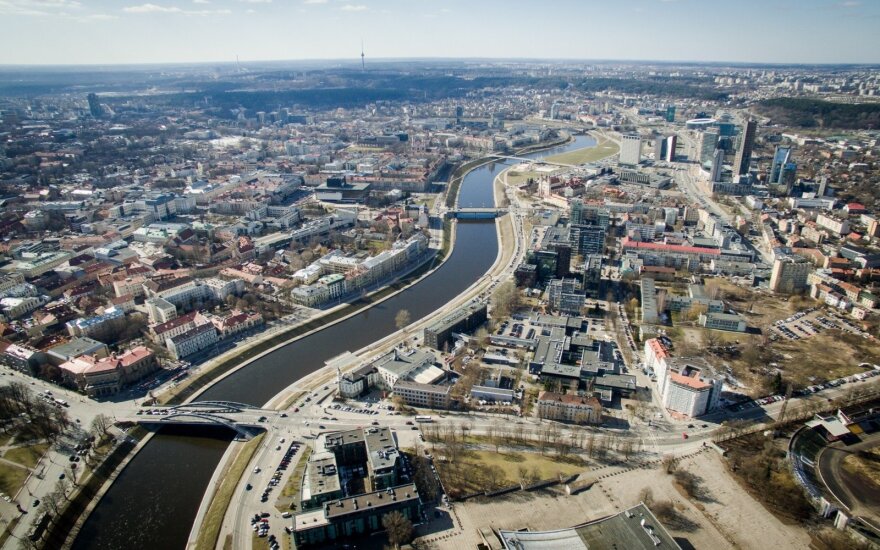 "Survey results revealed that the most coveted location to live in is a remote neighbourhood or suburb of a major city. Every fifth (22%) Lithuanian would like to live there, provided they had unlimited financial possibilities. The possibility to combine the benefits of living in a major city with a personal space and relatively higher level of serenity seems to be the main factors driving people's choice to dream about living in suburban areas. This is also observed by real estate (RE) developers offering newly built housing solutions with full infrastructure away from city centre," said Darius Klimas, Head of the Business Development Service of Citadele bankas.

Related articles
Should we really worry that the RE market indicators have reached the pre-crisis levels?
“Adios, England. We return to Lithuania”: emigrants bring everything

According to the survey results, 15% of respondents (usually, older people) would like to live in a suburban area of a major city. The same share (15%) of respondents would prefer living in a city centre or an old town. This option is usually more popular among the younger respondents.

"According to the information presented by the Centre of Registers, approximately half of all housing transactions are concluded in the three major cities of Lithuania. The capital city holds the leading position in offering newly built apartments, while Kaunas and Kaunas district mostly offer private houses. Klaipėda is not far behind and market in smaller towns is also growing. Activity in the RE market in these locations is driven by the support programme dedicated to housing in the regions, favourable credit conditions, possibility to view bank offers without leaving the comfort of one's home," explained Mr. Klimas.

Over the first half of this year, the most active market growth was observed in Neringa, Pasvalys, Vilkaviškis, Švenčionys and Kretinga district municipalities. Over the first six months of 2018, the number of housing transactions here grew by 39–23% compared to the same period of the previous year.

Lithuanians are least tempted to move into rural areas, small settlements or towns. The survey results show that 12% of respondents would like to live in villages and small towns with the total number of residents not exceeding 5 thousand.

The survey on the financing of housing in Lithuania was performed by Spinter tyrimai in August, 2018. 1,007 respondents participated in the survey commissioned by Citadele bankas.

Citadele is the third-largest bank in Latvia by number of clients. The bank's shareholders are the European Bank for Reconstruction and Development and an international group of investors with global experience in the banking sector. Citadele Group is managed from Latvia, while its subsidiaries and branches operate in Latvia, Lithuania, Estonia and Switzerland. Citadele provides transactions and card payments, loans, deposits, investments, active management and leasing services, as well as a range of exclusive, unique products, for example, contactless payments using mobile devices such as bracelets, stickers and mobile phones. In 2018 one of the leading customer service evaluation and improvement companies in Central and Eastern Europe, Dive, acknowledged Citadele as the bank with the best customer service in Latvia and Lithuania.

The housing supply in Vilnius is currently reaching record numbers, however, based on the latest data,...