BNS
aA
Construction on a new bridge over the Nemunas River in Panemunė, an important transport link to Russia’s Baltic enclave of Kaliningrad, will not meet its October deadline due to delays on the Russian side. 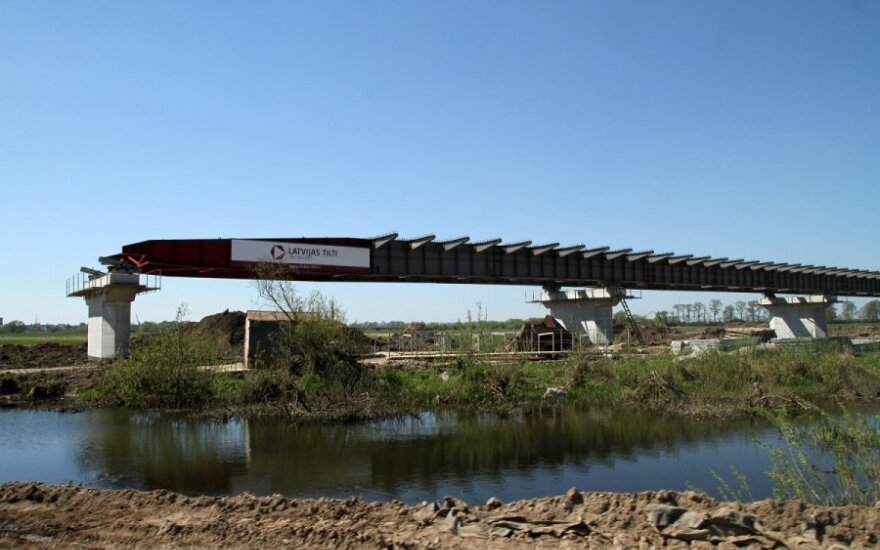 It will take two to three weeks to come up with a new estimated date of completion, reports Petras Tekorius, deputy director of the Lithuanian Road Administration.

On Thursday, a Lithuanian delegation, which included representatives of the Road Administration, the Lithuanian contractor, the consortium of Latvijos Tilti and Kauno Keliai (Kaunas Roads), the Foreign Ministry, and the State Border Guard Service, met with Russian officials in Sovetsk and agreed that Russian company Mostostroy No 6 would launch the final works on the bridge next Wednesday, Tekorius told BNS.

The bridge project comprises two parts, each built by one partner in the agreement. The Russian side is responsible for the construction of a bridge and a Sovetsk bypass road.

In October 2011, Lithuania and Russia signed an agreement on the construction of the new bridge and corresponding access roads after several years of discussions. The new bridge, which will connect Panemunė, Lithuania, and Sovetsk in Russia’s Kaliningrad Region, will help improve the efficiency of border checkpoints on the Lithuania-Kaliningrad border.

The new bridge is being built near Russia’s Queen Luisa bridge. The construction of the new bridge is an important infrastructure project as the bridge will be part of a road linking Riga, Šiauliai, Tauragė, and Kaliningrad.