BNS
aA
The declaration signed between the Lithuanian government and the Polish oil concern Orlen on Tuesday envisages the Polish company's investments in the Mažeikiai oil refinery and the same number of jobs, while the government should reconsider Public Service Obligation (PSO) tariffs for the company and examine the possibility of building a pipeline to Klaipeda. 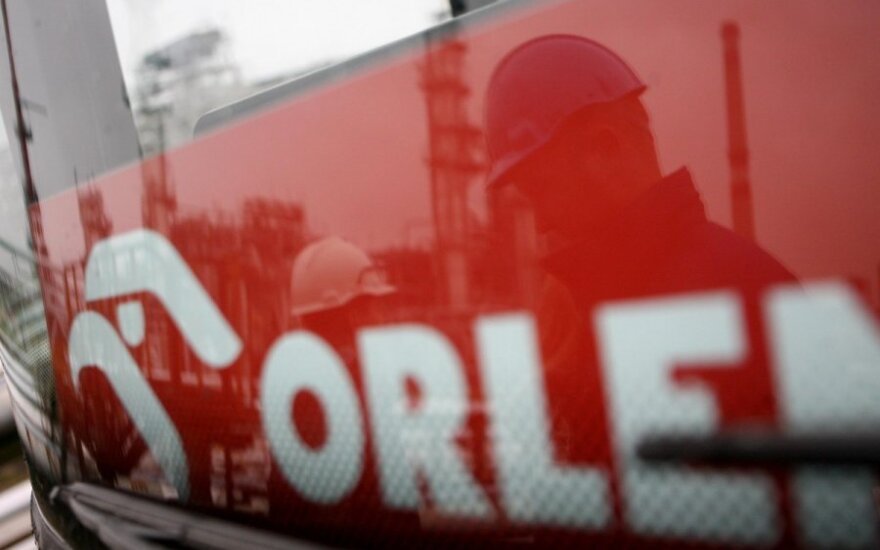 Lithuania's Prime Minister Saulius Skvernelis said that Orlen Lietuva was one of the most important investors in Lithuania. In his words, the government applauds the company's determination to continue the investment in the Mazeikiai oil refinery.

"The declaration envisages further directions of cooperation between the government and Orlen, as well as modernization of the Mažeikiai oil refinery in an effort to keep it competitive on global markets," Skvernelis said at the government.

In his words, the Lithuanian side confirmed the start of rebuilding of a railway stretch from Mažeikiai to the Latvian city of Renge.

Daniel Obajtek, board chairman at Orlen, welcomed the rebuilding of the 19-km railway stretch and asked for an analysis of the possibility of building a product pipeline to the Lithuanian port city of Klaipėda. In his words, the declaration is important to both the concern and the Lithuanian state.

"The declaration is very important to us, as it allows us to think about a certain field of operations. It allows us to ensure the interests of Orlen and the Lithuanian state. We are giving serious thought to the investment process and the modernization, as the investment will ensure safety of Orlen and Lithuania," Obajtek told the news conference.

Before the signing ceremony, Government Vice-Chancellor Deividas Matulionis told BNS that the declaration would also stipulate Orlen's investment in modernization of Orlen Lietuva oil refinery in Mažeikiai, northern Lithuania, as well as the company's commitment to keep the current number of jobs.

According to the declaration, Orlen, Lietuvos Geležinkeliai (Lithuanian Railways) and Klaipėdos Nafta (Klaipėda Oil) will comply to all earlier agreements, said Matulionis.